I just returned from my 6-day trip to Nome, and I have over 2000 photos. I’m not sure how many I will attempt to share, but after going through all of them just now, I knew I had to go with “cute” first. It is clearly baby bird season there, and I had the opportunity to photograph some of them, and in one case I did not see the pale gray baby and did not know I had photographed a baby bird along with its parents until I just now looked at the photos taken July 6th of the Pacific Loon pair on Kougarok Road: 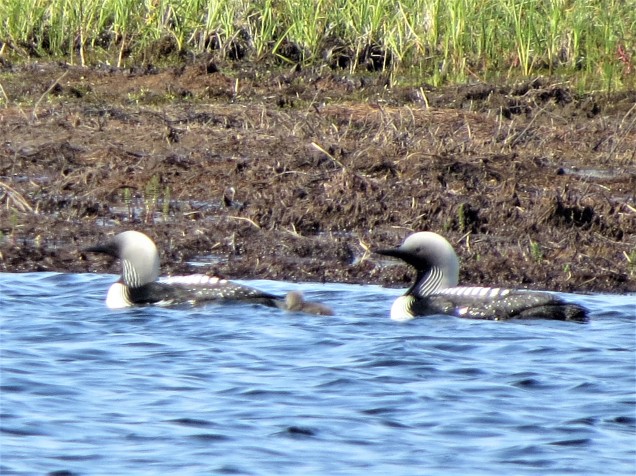 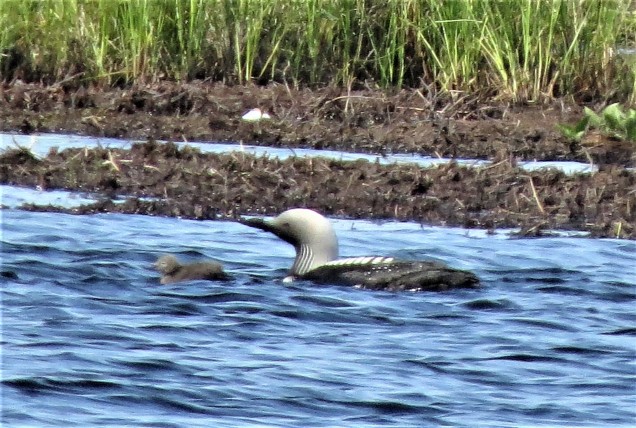 On Teller Road the next day, I only saw one Willow Ptarmigan family. The ptarmigan chicks definitely exemplified “cute”: 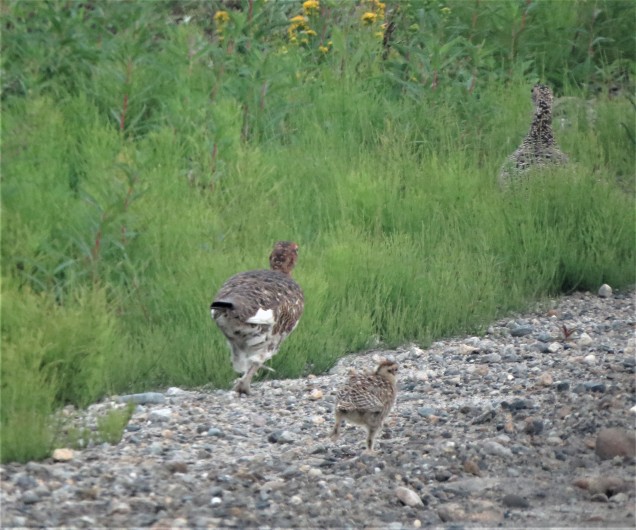 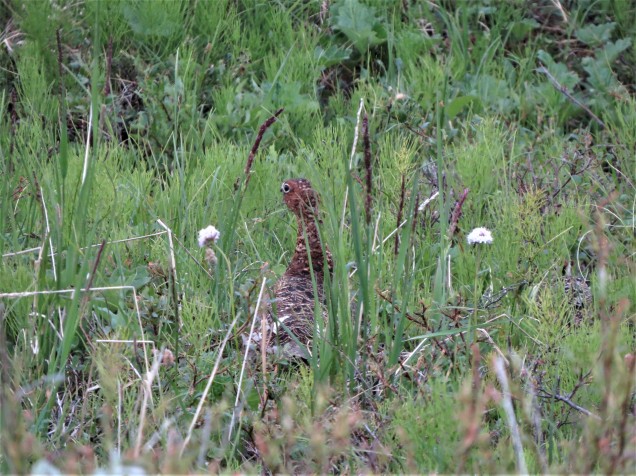 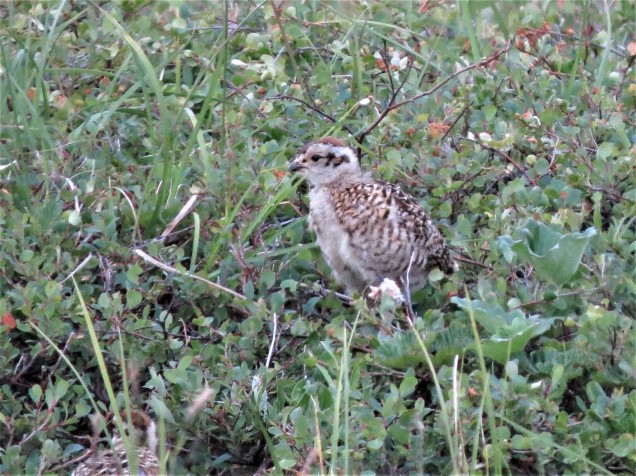 Not so with the Common Ravens that were later along Teller Road:

I only saw one Whimbrel youngster partly hidden in the grass near its very unhappy parents: 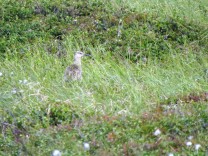 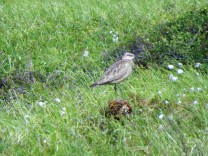 On July 8th, I went to Council. A shorebird baby (Semipalmated Sandpiper?) was up on the Safety Sound bridge, presumably far from where it was hatched:

Tied for most cute in Nome (in my opinion) were the two baby American Dippers and the Northern Wheatear. I saw the dippers under the Penny River bridge on Teller Road on July 9th. At first I was so delighted to finally see a dipper in Nome, and then two of them, that I missed the one, and then two, fledglings on the shore. I watched one of the youngsters be fed a fat, juicy worm. I do not understand why some birds bob up and down but it definitely adds to the cuteness. For awhile they seemed to be trying to bounce in unison.

The Northern Wheatear baby was perched on a rock near the intersection of Teller Road and the road to Wooley Lagoon. I only saw the one parent and one fledgling: 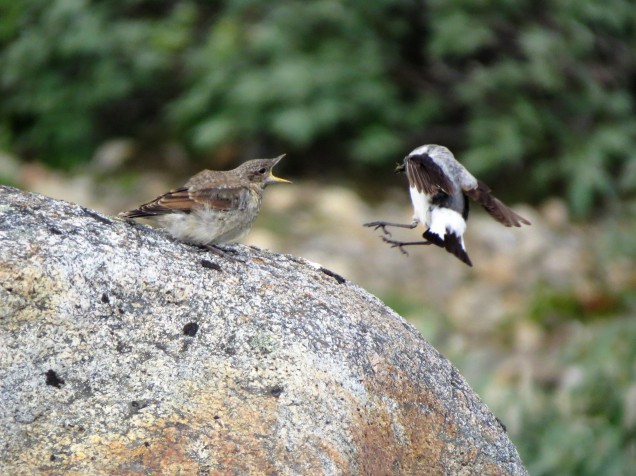 The last baby bird that I saw on the trip was a Semipalmated Plover, running along the edge of a stream. Its worried parent was closer to me and the road. 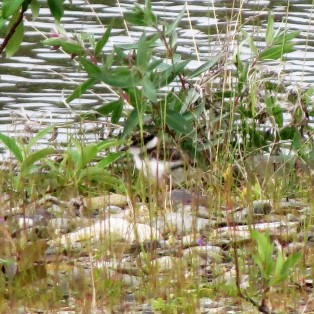 I have plans of posting scenic shots (probably over the course of many days) from each of the three main Nome roads, as well as pictures of some of the many flowers and of a few mammals, and of course, more bird photos. Nome is definitely a great place to visit, especially in July.