It was a busy morning of birding before I went to downtown Anchorage for the big rally. I first went to Potter Marsh, where birding was modest. I did get a picture of a photogenic Mew Gull. 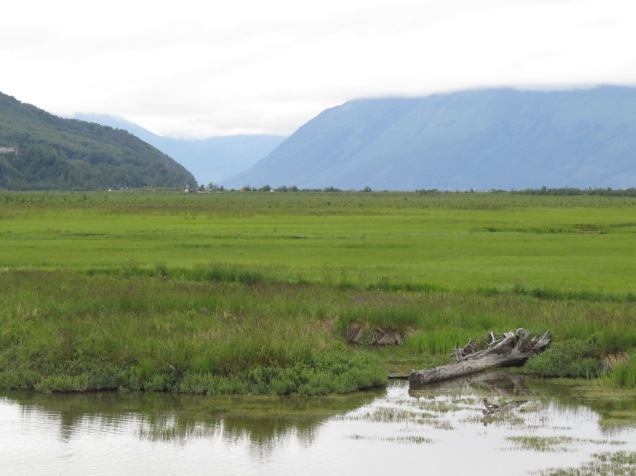 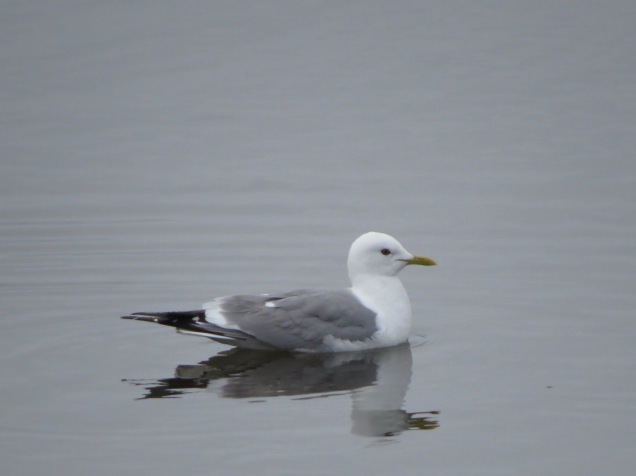 The highlight for me, however, was again the mother moose and calf. I first saw them out in the marsh toward the highway when I was at the opposite end of the boardwalk. At the same time as I rapidly walked the boardwalk toward them, they came toward me. The mother kept up a more or less steady pace, but the youngster kept pausing and then had to hurry to catch up. I have posted a few still shots below and then four short videos because if anything, they were cuter in action. 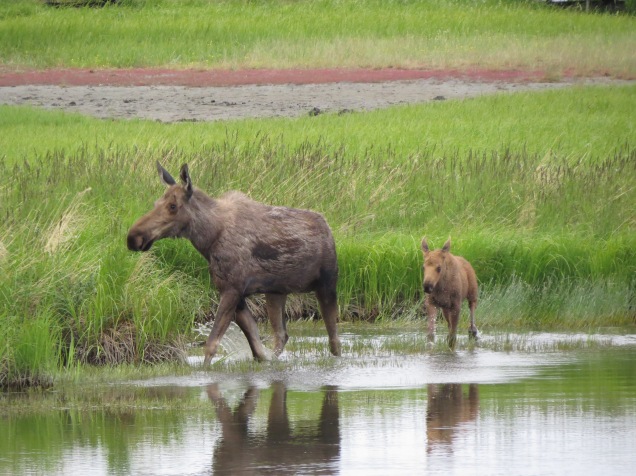 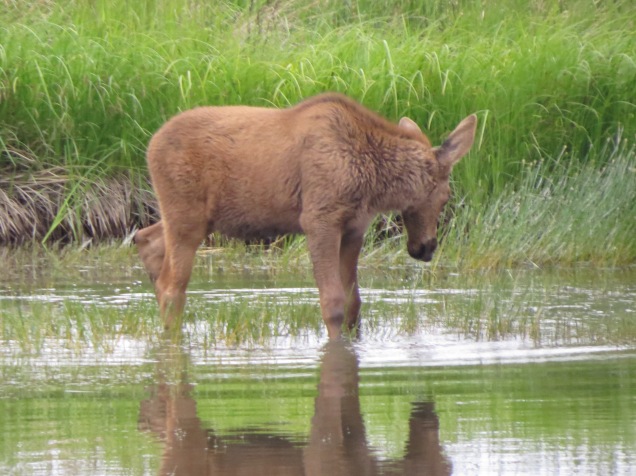 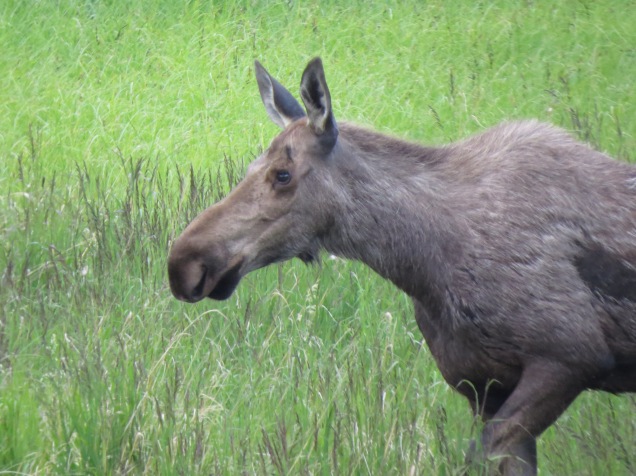 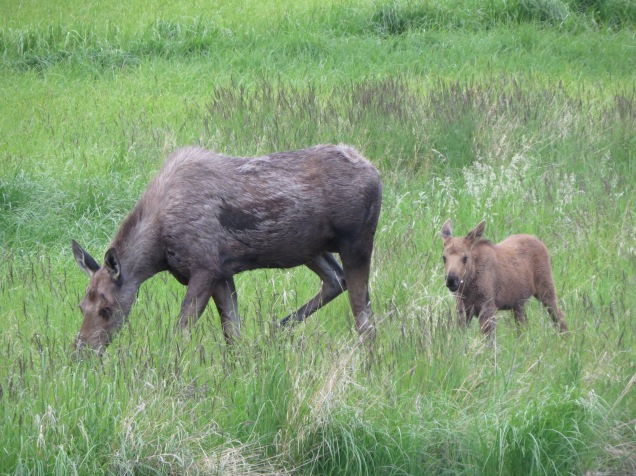 After Potter Marsh, I went over to Lake Hood to see what the Red-throated Loon situation was after last week’s excitement. I was relieved that the tame loon was still there, although for a few minutes the loon showed little interest in coming over to greet me, dozing mostly but slowly drifting toward me. Eventually the loon did its normal dive and resurfacing right next to me, so all was well. No other loons were seen. 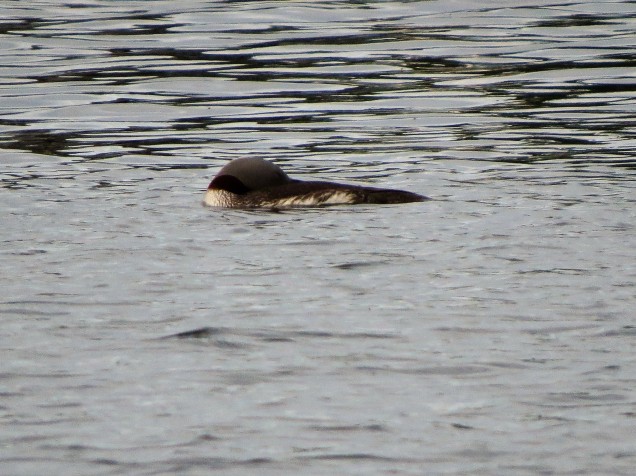 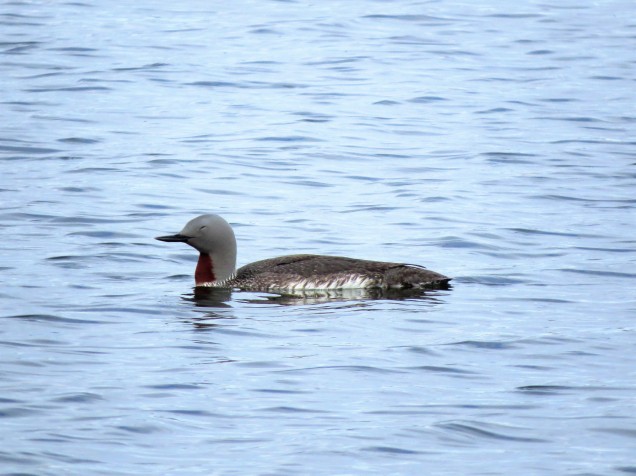 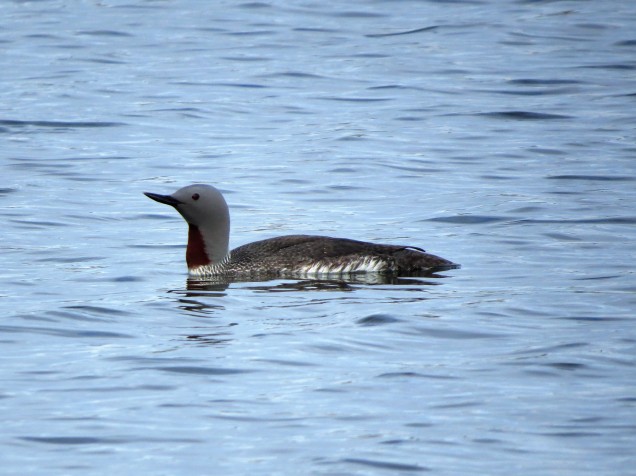 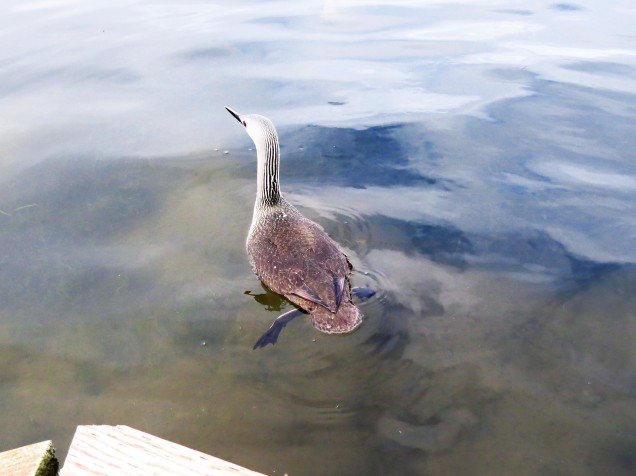 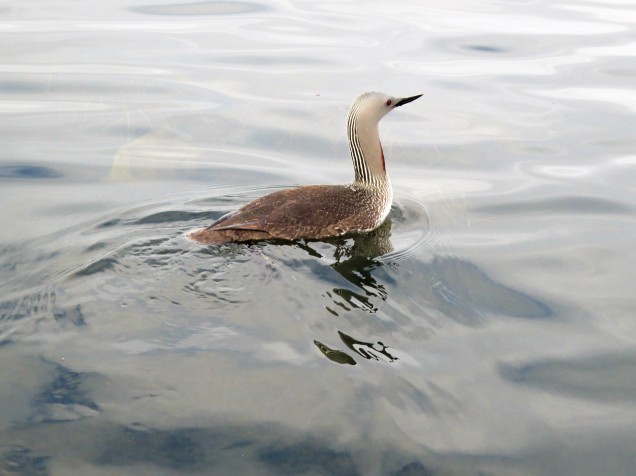 Also photographed at Lake Hood was one of the five Red-necked Phalaropes, and a group of Bank Swallows on a float plane along the lake. 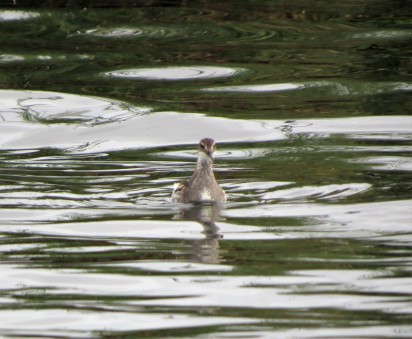 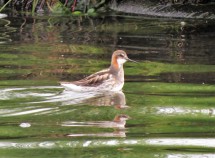 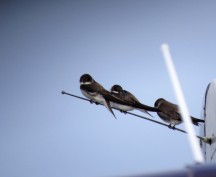 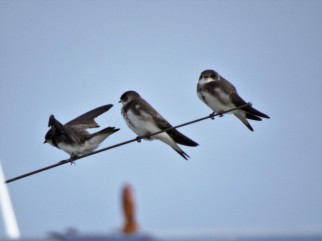 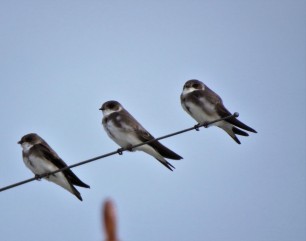 As I left the area I was intending to go directly downtown. I was contemplating what I might write today, and was thinking how cool it was that the highlight critters both had “oo” in their name (I know, some people love words as well as birds). As I approached Spenard  Crossing I realized that I might add another “oo” bird, and I did, first one adult Canada Goose and then a small flock of Canada Geese with at least one family of goslings. 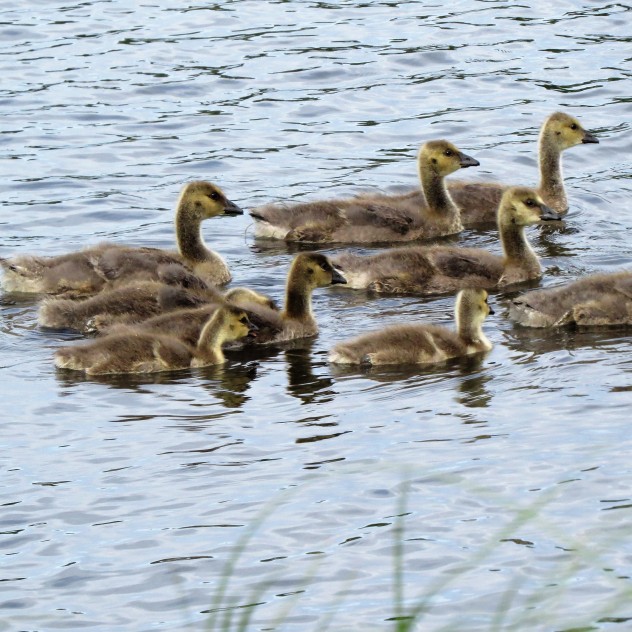 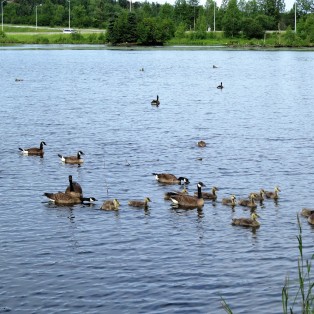 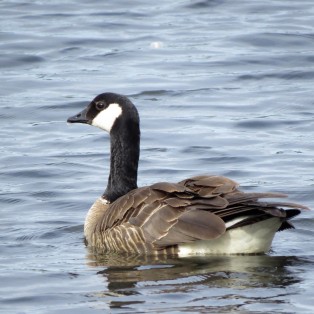 My last photos before I went downtown were of one of the Green-winged Teal at Spenard Crossing and some flowers along the parking lot. 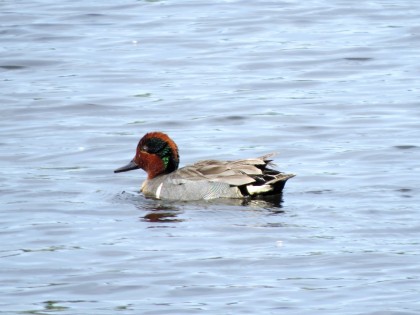 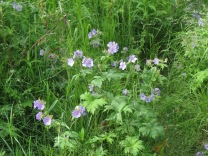 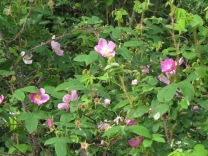 This morning was one of the mornings – cool, sunny, quite calm, and invigorating – that make Anchorage such a great place to live.