I have just returned from just over 3 days at the Biggest Week in American Birding in northern Ohio, where I was part of a panel on women in birding, in particular those who have done big years across the U.S. and Canada (ABA big years). It was wonderful to talk and bird with new and old birder friends. 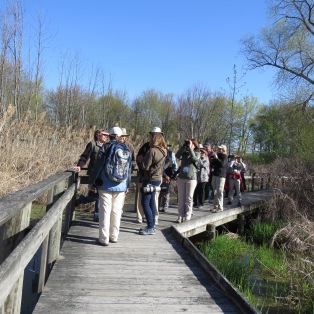 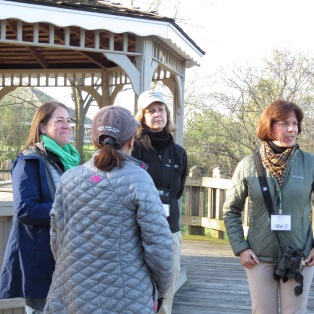 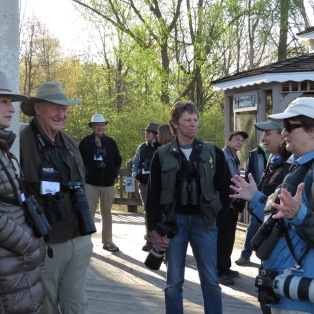 Strangely enough, very early in the meeting a highlight was a Snowy Owl that was still around after having gone south for the winter. When we saw it, it was sitting on a wood pile way across a field. I’ve now seen them in Wisconsin, Texas, South Dakota, Alaska, Minnesota and Ohio, plus Newfoundland (in this photo it looks sort of like a carved owl, but it was real).

The other owl highlight was an Eastern Screech-Owl in the woods near the festival headquarters: 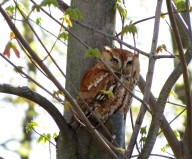 The woods that we birded were full of warblers, often easily visible in trees that were much less leafed out than is usual for this time of the year.

Following in no particular order are photos of some of the warblers seen while I was in Ohio: 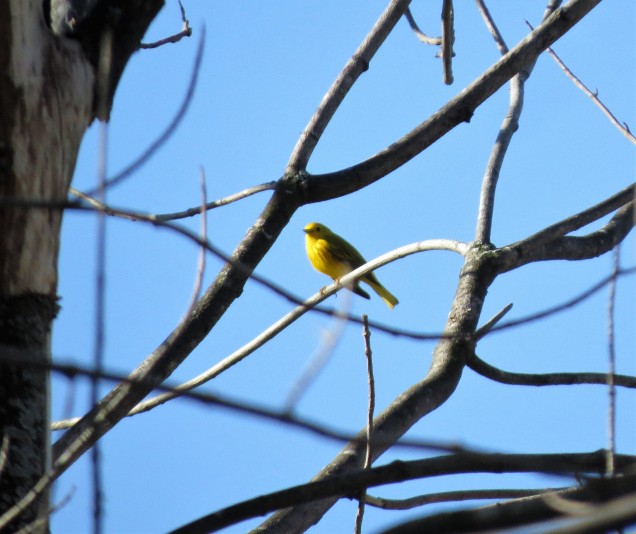 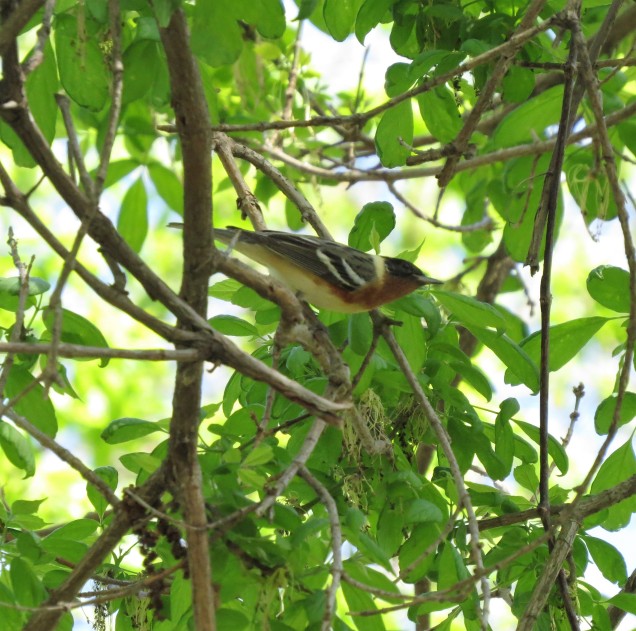 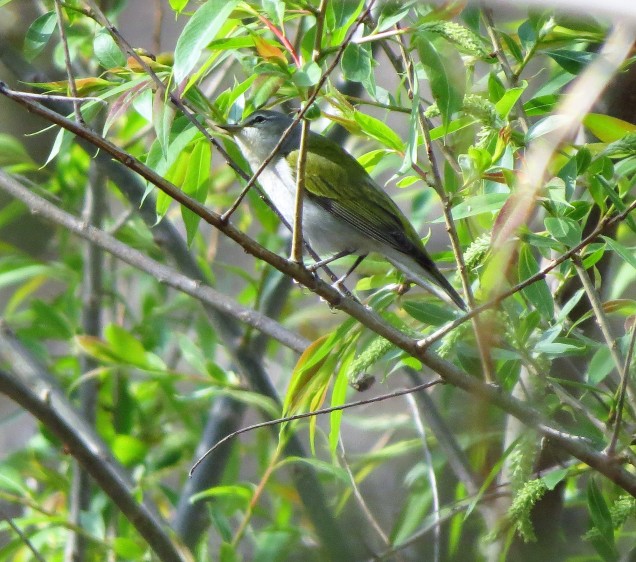 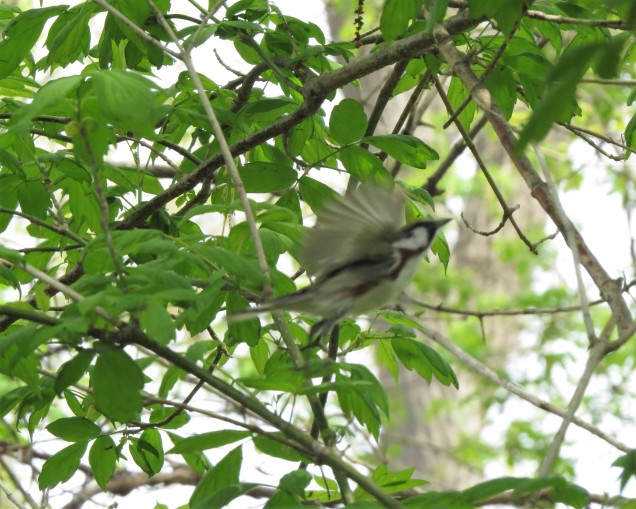 Also seen around the festival headquarters were Purple Martins, and Tree and Cliff Swallows:

The woods at Magee Marsh, while mainly birded for their warblers, also had a few American Woodcocks that created quite a stir when found, either sitting quietly or slowly feeding in the dry leaves. You’ll have to look very carefully to see the bird in the first of these pictures, but it is there. The video shows the bird feeding, which I have never before seen until this trip. I certainly did not realize that, like Wilson’s Snipe and Jack Snipe, when woodcocks feed they bounce slowly up and down. 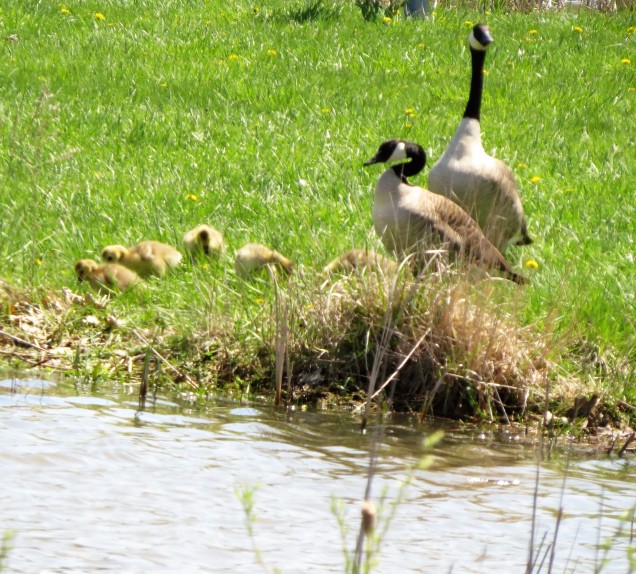 It was great to see birds of spring, especially the 24 warbler species that I saw, many of which bird species I saw as I was growing up in Wisconsin, and most of which do not make it to Alaska. Now back to seeing what’s around my Alaskan home.