I began this morning birding along the roads on both sides of a very wind-swept Potter Marsh, now totally ice-free, where most of the activity was noisy Mew Gulls.

On Old Seward Highway behind the marsh I found a young moose, and one of the Bald Eagles on the nest. 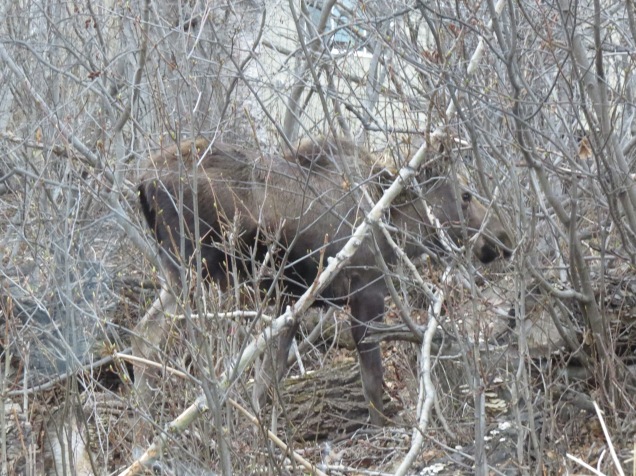 At first I was going to quit birding because it seemed like there were no new birds around and the wind was so strong, but then decided to go over to Lakes Spenard and Hood, which had still been ice-covered the last time I looked. I was delighted to find that they were open, the only remnants of ice being a few small piles on the shore. 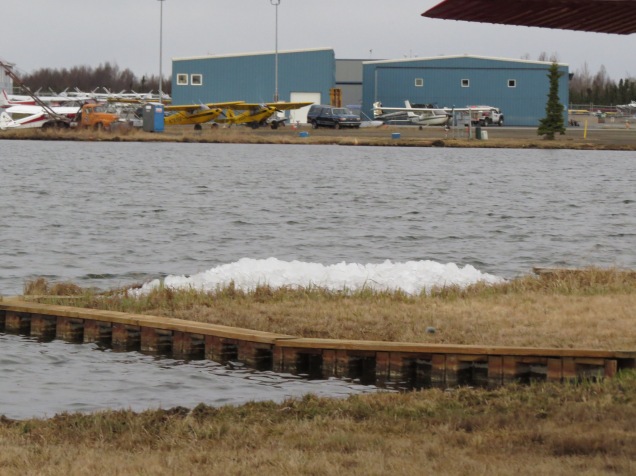 I was even more delighted to find that the (presumable the same) Red-throated Loon was back. It was not particularly friendly but did allow a few photos before swimming farther away. 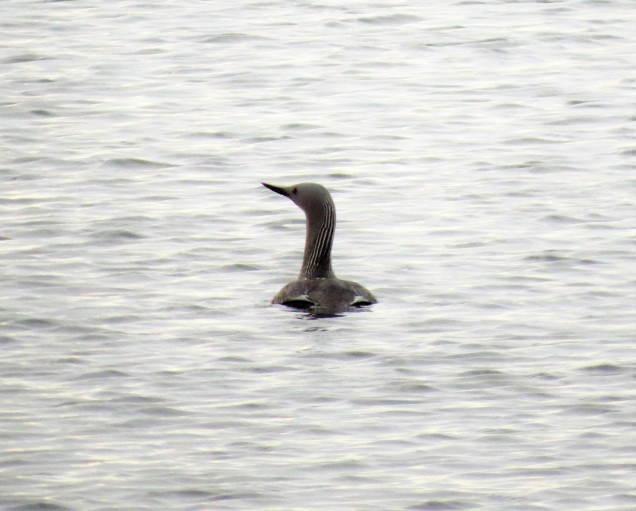 I drove to Floatplane Drive, where in addition to both Goldeneye species and new-for-the-year Greater Scaup, there was a dozing Red-necked Grebe, and a single feeding Red-necked Phalarope (photo). Maybe the phalaropes will nest there again this summer. 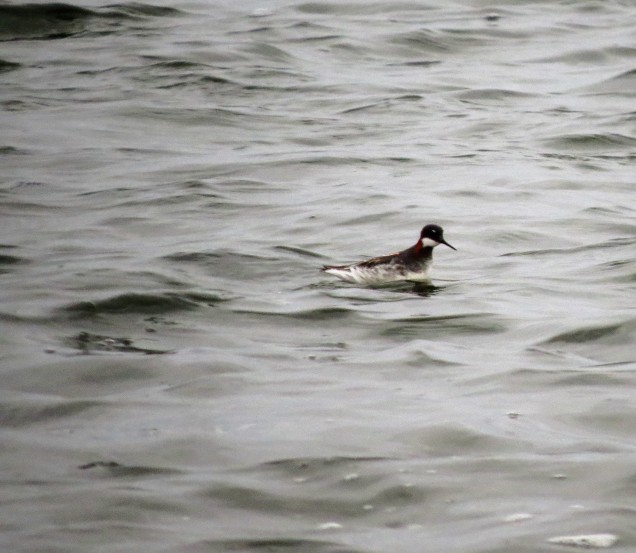 Last year this lake area became one of my favorite spots to bird because of the quite tame loon and the phalarope family. I’m looking forward to a re-run of that this year.