I went to a few of my favorite Anchorage birding spots today to see if anything spring-like was evident. It was a crisp mostly clear morning when I got to Potter Marsh (17 degrees). I first drove along the road to see if there was any open water. Although I could not see any from the road, I could see a few unfrozen openings in the ice when I got to the boardwalk. I did see four distant moose, and then when scanning for more of them, I found two lonely swans sitting on the icy ground. 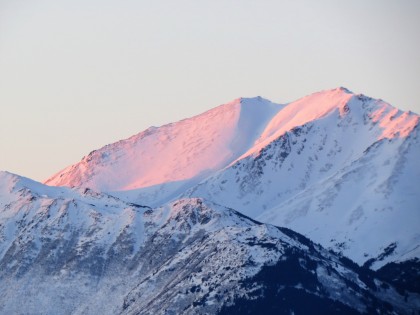 When I got to the boardwalk, the swans saw me and took off to fly past me, heading north. I barely had a chance to turn on my camera and get a few pictures and they were gone.

There were three Bald Eagles at Potter, two at this year’s nest tree, which unlike previous years’ nests there that I have seen unfortunately will be bisected by power lines in all pictures taken this year from the boardwalk.

There also was an immature Bald Eagle that landed in the trees near the parking lot.

At Cuddy Pond were the usual Mallards and two Common Goldeneyes, plus a zillion Black-billed Magpies, but no geese or gulls. 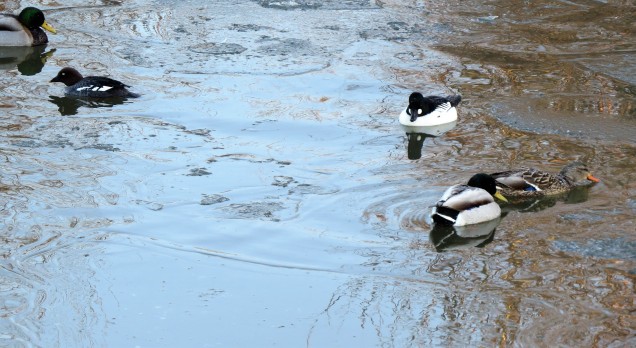 There were two gulls, however, along Denali Street as I drove north, so I had to pull over to get pictures of one of them that sat on a light pole. It looks more like a Herring Gull than the one I saw last week, but it still could be one of the common Herring-Glaucous-winged hybrids. Comments are welcome.

When I got to Spenard Crossing I found two Trumpeter Swans that first were perched on the ice and that then gradually lowered themselves into the ice water to join the single Barrow’s Goldeneye. Possibly they were the same two swans that I had seen at Potter Marsh. 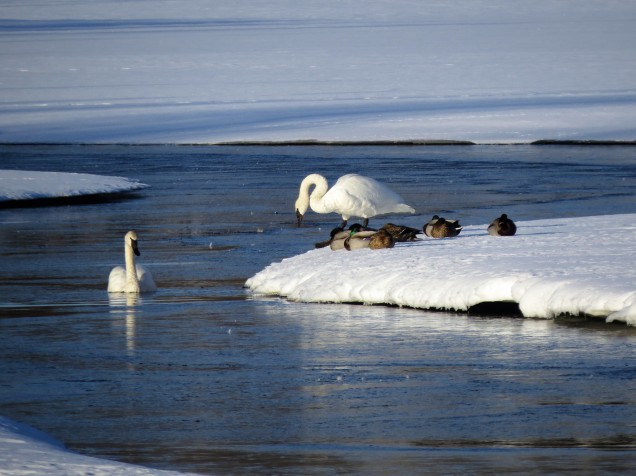 Behind them was a flock of sleeping Common Goldeneyes and a couple of Common Mergansers. Eventually they woke up and the Barrow’s Goldeneye joined them. 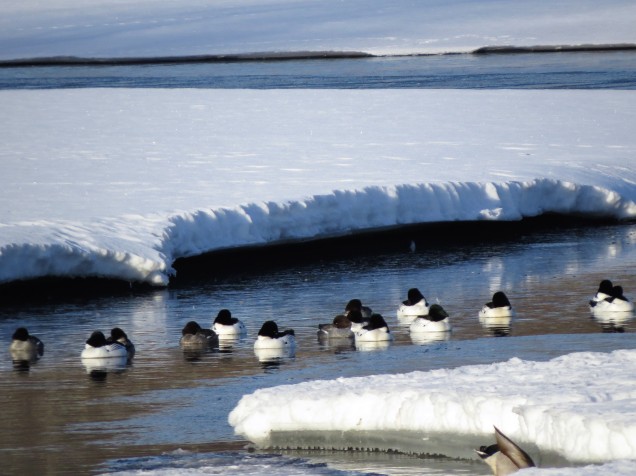 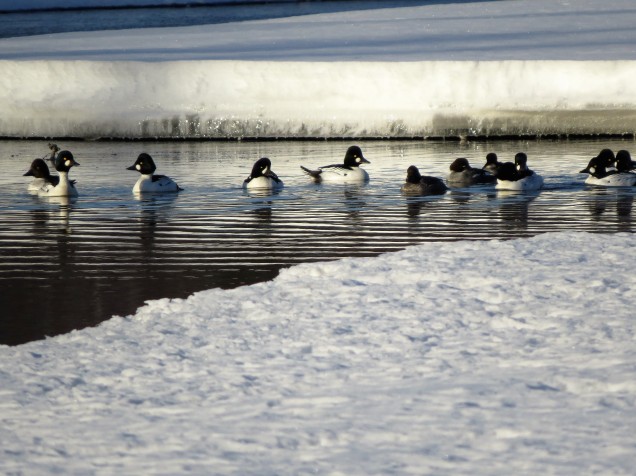 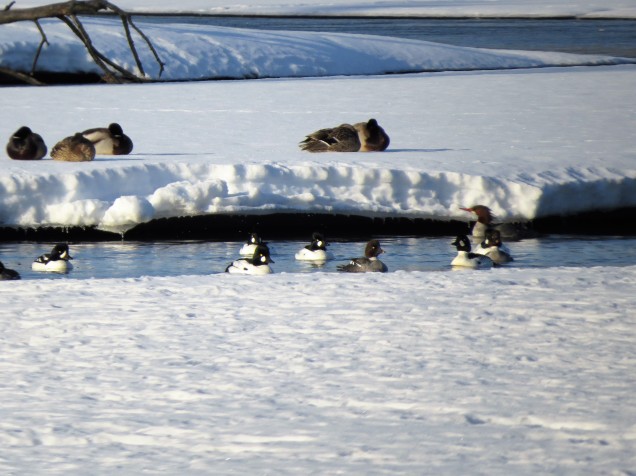 At Ship Creek there was another pair of Common Goldeneyes.

Just as I was leaving Ship Creek two gulls flew over. Although their wingtips were definitely not dark black, they were anywhere from grayish to sort of blackish as viewed from underneath depending on the light angle. Comments anyone on the ID?

All in all, a good start to spring arrivals.