There have been mostly rainy days lately. Most of my birding has been in my backyard, where the usual juncos and siskins have predominated. I was able to see a first-for-our-yard Savannah Sparrow briefly in the area of our lawn that I am allowing to go wild, but it disappeared soon after.

The snow is gone from the nearby mountaintops where it made it look like winter was here, and today it actually got to near 70 degrees at our house. Maybe we will have more non-winter days for awhile.

On August 18th I went to Spenard Crossing to see if there were any interesting woodland birds around. A highlight was two Northern Waterthrushes. 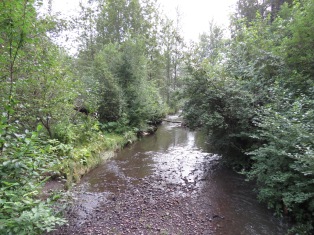 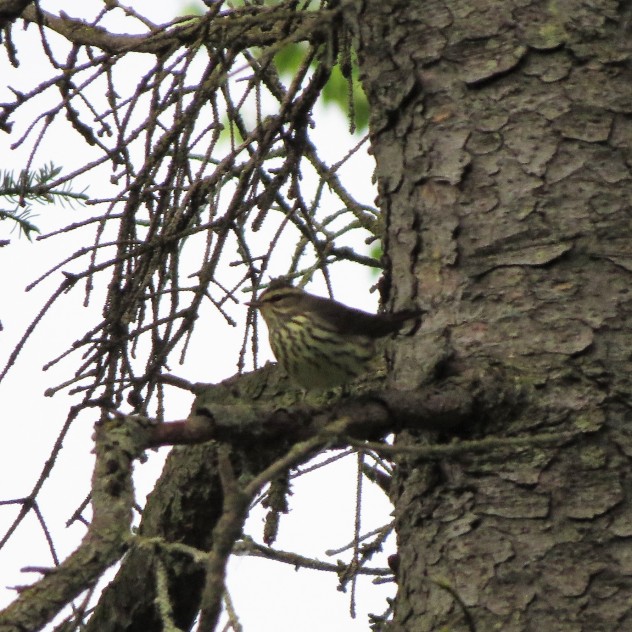 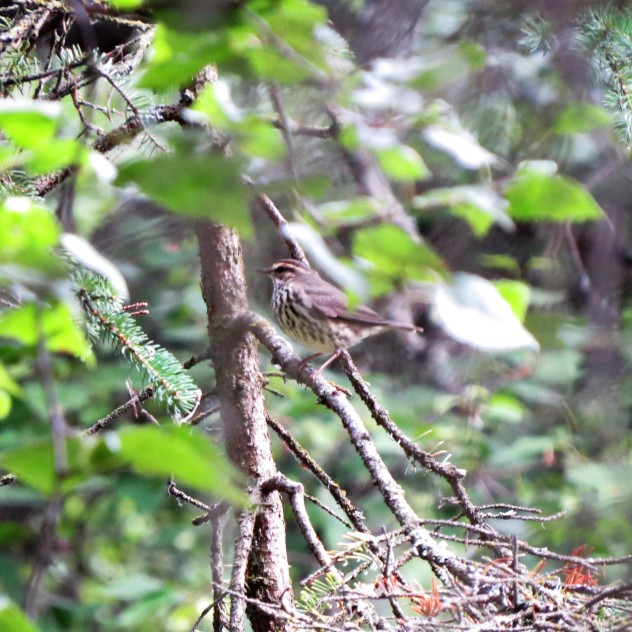 I also photographed a distant Belted Kingfisher and a Glaucous-winged Gull eating a dead salmon.

Today I went to the Potter Marsh boardwalk. The water was very high, probably due both to the recent rains and it being near high tide. Although at first it looked like the sun would appear, for most of the time I was there the clouds were coming in.

Both the Wilson’s Snipe and the Greater Yellowlegs were having difficulty finding a place to stand in the deep water, but it was fine for the ducks, the Belted Kingfisher on a snag and the Yellow-rumped Warblers in the brush along the boardwalk. 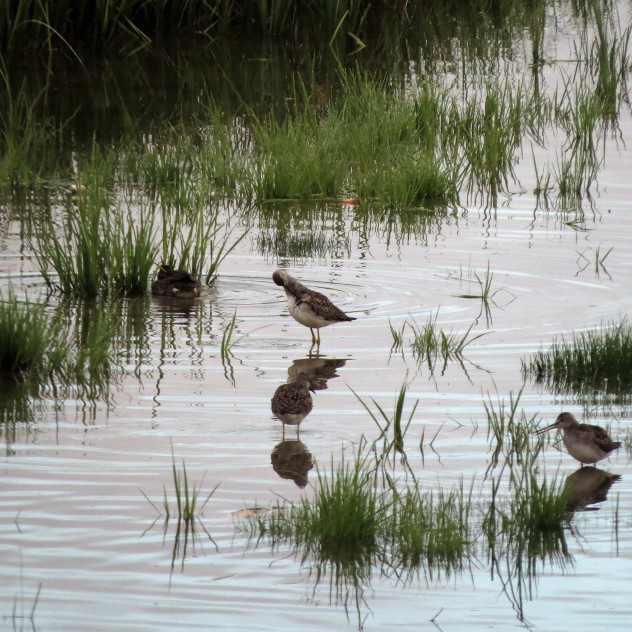 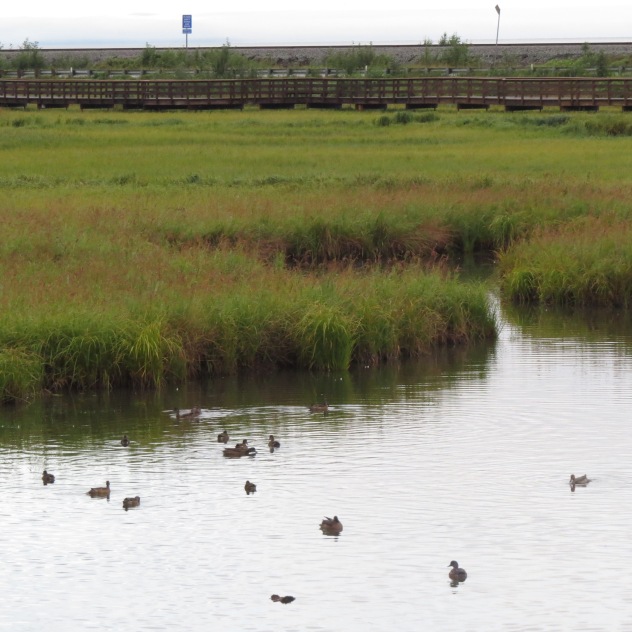