It was just before high tide a bit before 7 a.m. when I got to the coastal trail. There were many ducks (mostly Mallards) and gulls (Bonaparte’s and Mew), a single Hudsonian Godwit, two Least Sandpipers, about ten Greater Yellowelegs and two Lesser Yellowlegs, a single Arctic Tern, a single Wilson’s Snipe, about 15 Short-billed Dowitchers, and about 30 Greater Scaup and at least four Red-necked Grebes on the lake (including a large chick still begging from its parent).

At the two floatplane lakes, there was no sign of the Red-throated Loon, and only one Horned Grebe was visible (silhouetted photo). Other birds were the usual Greater Scaup and various puddle ducks, and a single Red-necked Grebe.

The most excitement was at the Natural Area where cranes were loud and active out on the mudflats and grassy areas along the water. Close to the observing area a single parent and a single chick were feeding in the grass, and then welcomed a second chick that flew in. At one point there were about 20 Sandhill Cranes stalking the flats and flying about and calling. The young ones were about the size of the parents but could easily be distinguished by their more mottle plumage and fuzzy heads. 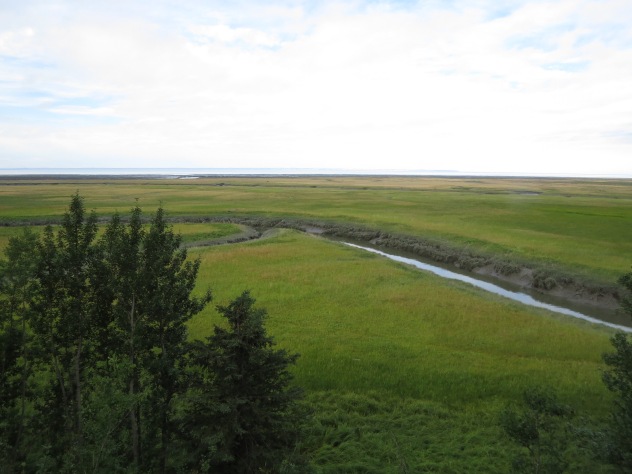 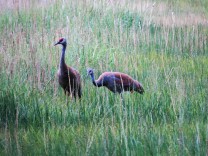 There was also a Northern Harrier working the flats, interacting periodically with a Common Raven (that also was worrying the flying cranes sometimes), and then being dive-bombed by what I believe was a very fast-moving Merlin. There also was what appeared to be a coyote (or whatever comparable mammal lives in Anchorage) out on the flats, which can be seen very briefly at the end of the last video as it is dive-bombed. 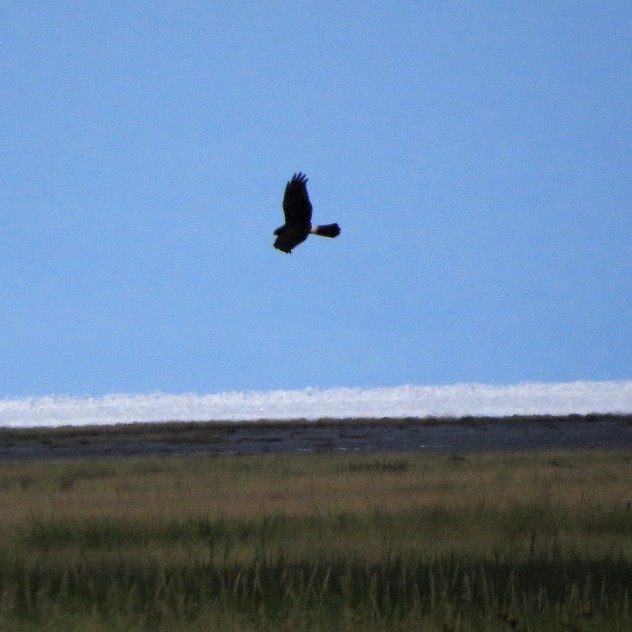 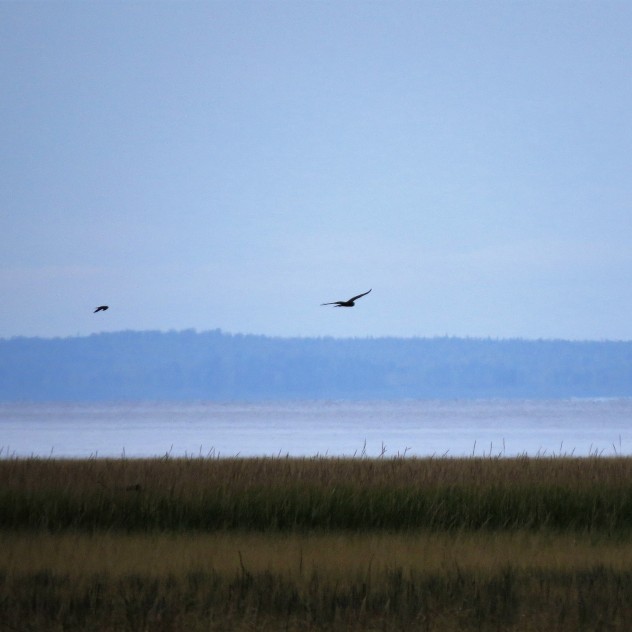