I started my birding today at Lakes Spenard and Hood. A family of Mallards and another of American Wigeons was swimming near two Red-necked Phalaropes that still are around. 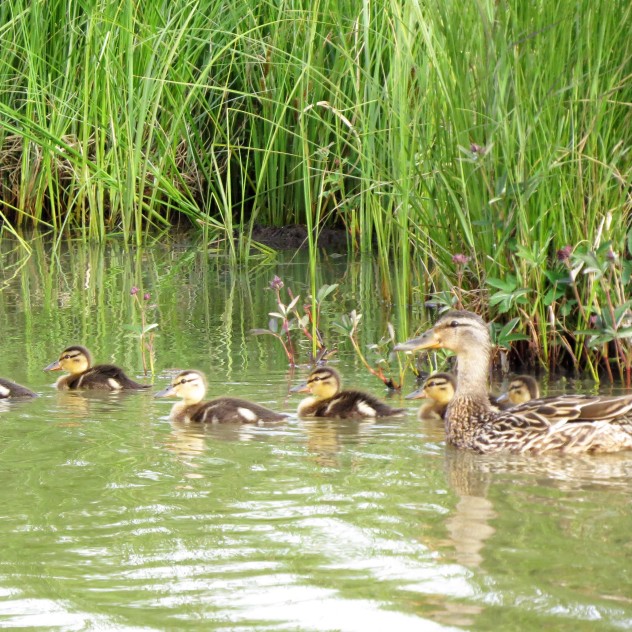 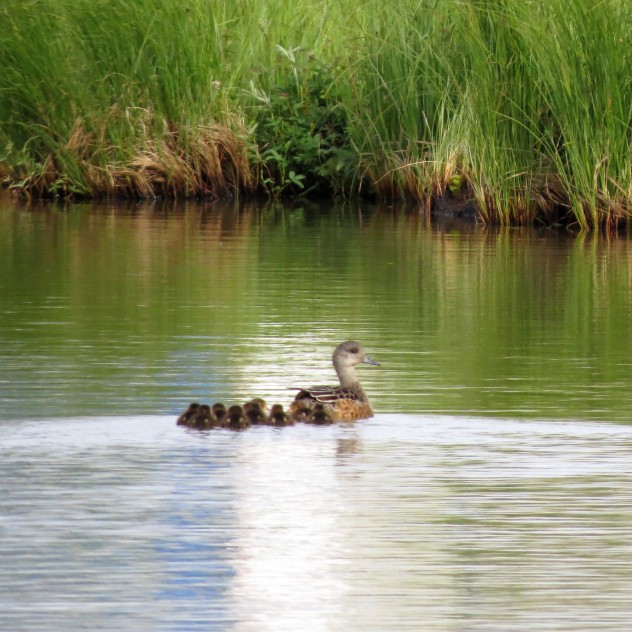 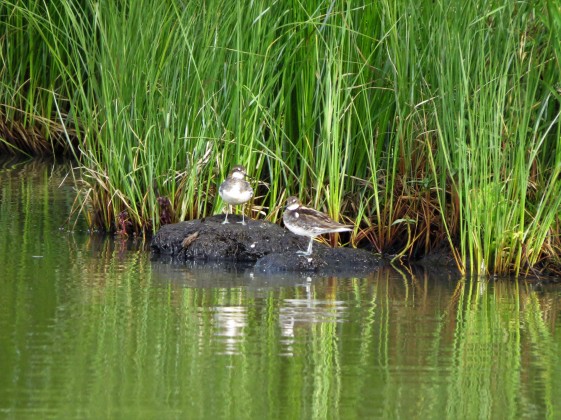 Tree Swallows (at first I thought these were Bank but photos do not show a breast band) were going in and out of a hole in a small building along the water, presumably feeding babies. 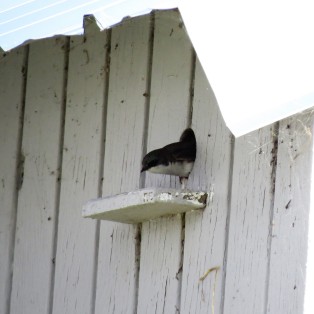 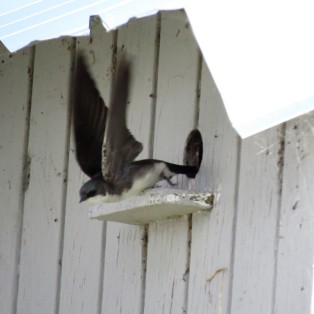 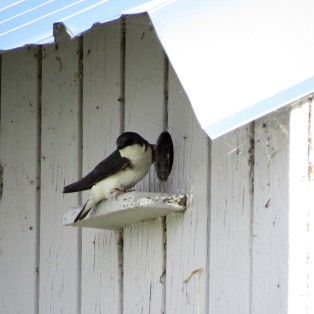 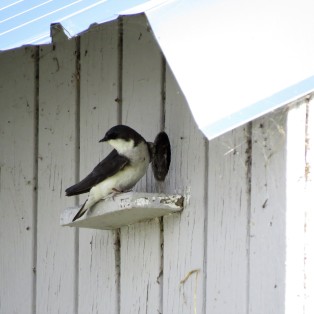 At Westchester Lagoon I saw that at least one of the pairs of Red-necked Grebes has youngsters riding on the back of one of the parents. I don’t believe that I had ever seen babies of Red-necked Grebes be fed by a parent as they rode on the back of another parent, but that occurred over and over as I watched today. The harried food-provider repeatedly dove, found a little fishy morsel, swam rapidly back to the carried youngsters and fed them. Maybe next time that I see them they will be a little closer to shore so the pictures will be better (viewing the video images on a computer will make the images of the stripe-headed baby grebes on the parent’s back much more visible than on a cell phone). 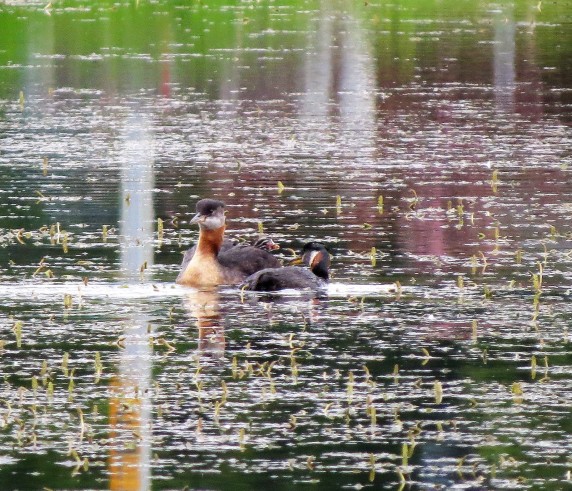 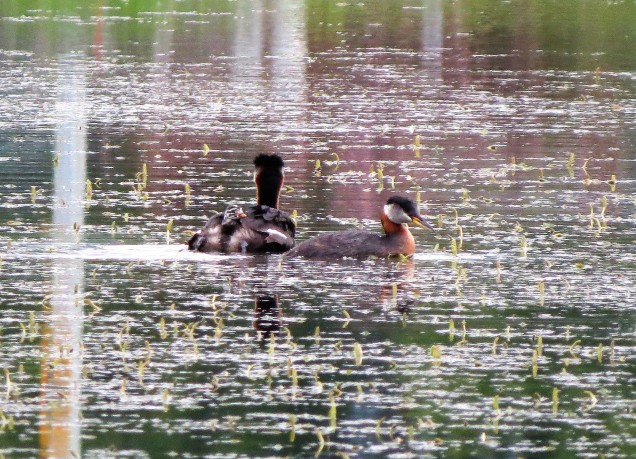 At home the baby theme continued. Both the Downy and the Hairy Woodpecker youngsters have found the peanut butter logs. I did not know until today that youngsters of both species have a reddish-brown top to their heads (not the red at the back of the head that the adult male has, as in top picture). The babies were perfectly able to feed themselves, but they were also periodically fed by a parent. 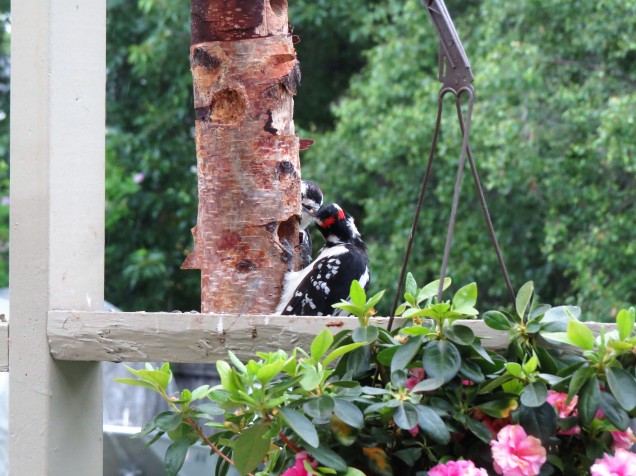 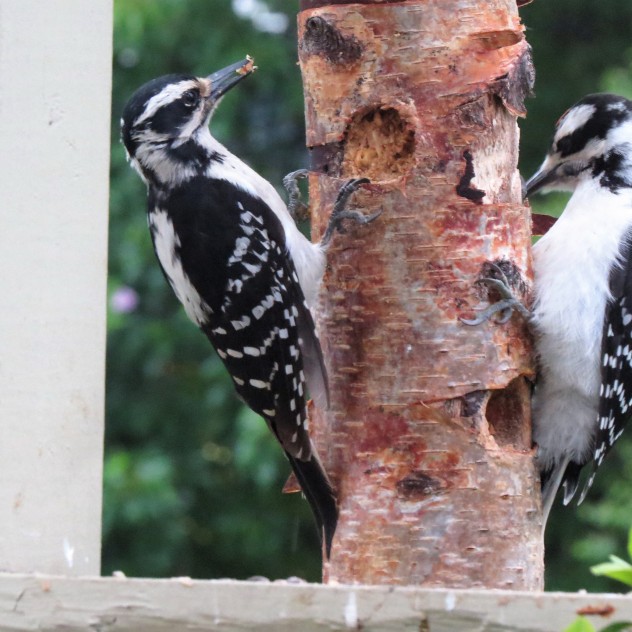 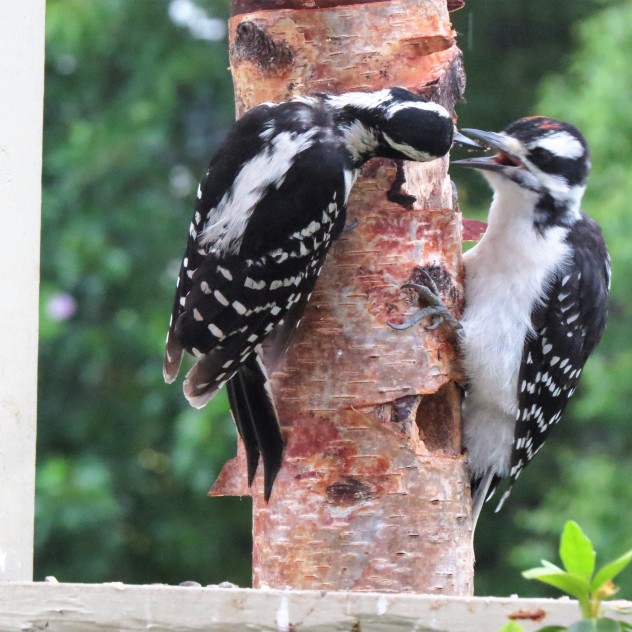 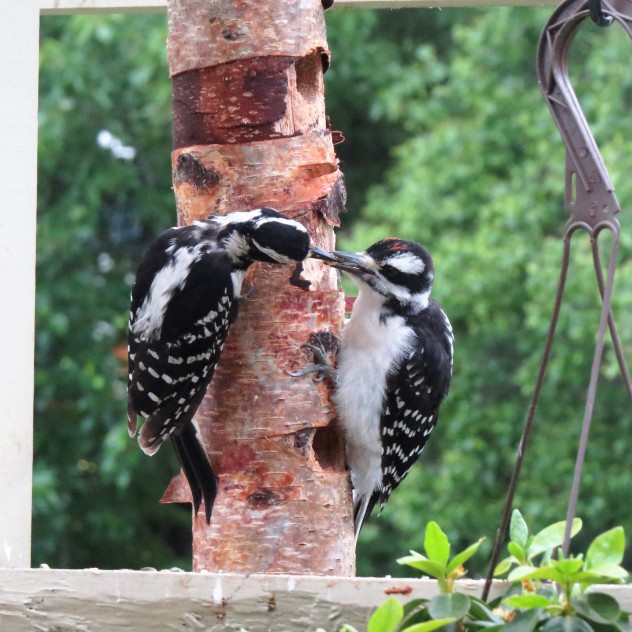 Two of the Downy Woodpecker juveniles squabbled a bit, although there was plenty of food to go around. 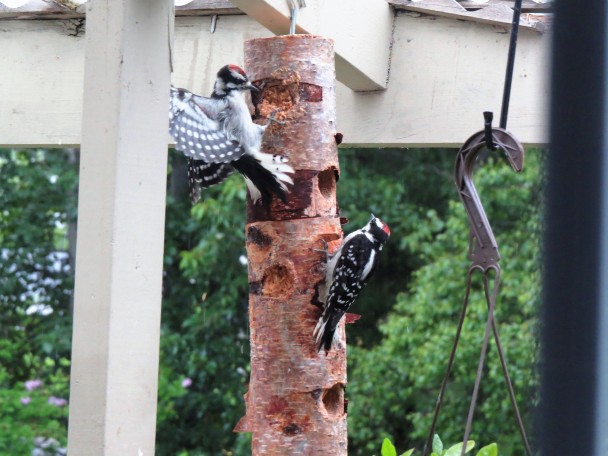 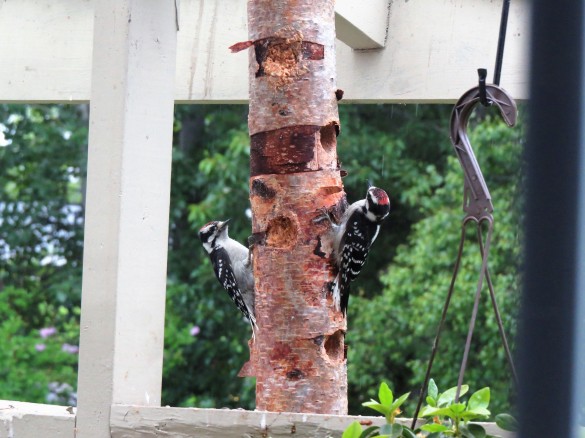 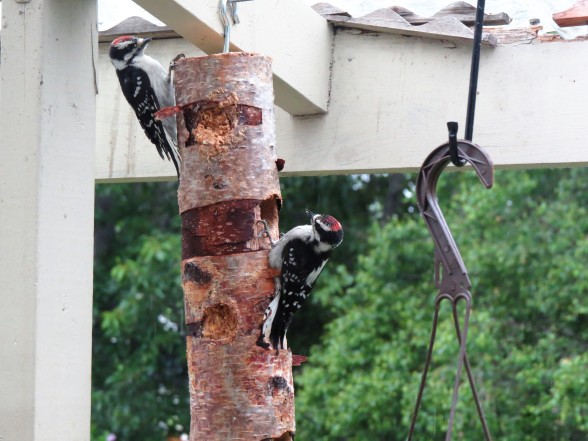