…for baby things to appear.

The biggest of these today was a baby moose at Potter Marsh, apparently the second day it has been seen there without an obvious mother. So far it seems to be okay, munching and splashing across the water. It was making a few little bleats every now and then.

The Common Yellowthroat male is still at Potter Marsh regularly singing when I got there, but mostly hidden in the brush out off the boardwalk.

Other babies included many young Mew Gulls in the marsh.

There was at least one family of Canada Geese along Potter Marsh.

Very near the goslings there was also a baby Arctic Tern on the edge of one of the parking lots along Potter Marsh, right beneath a parent tern that seemed to be ignoring both us and its mostly motionless baby as it preened. 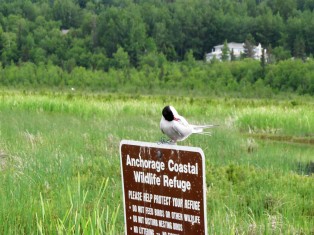 At Lake Spenard a family of newly hatched Mallards hustled away when I drove up.

At Lake Hood, very near three Red-necked Phalaropes there was a baby Lesser Yellowlegs (puffball on stilts) along the water’s edge not far from a noisy parent. 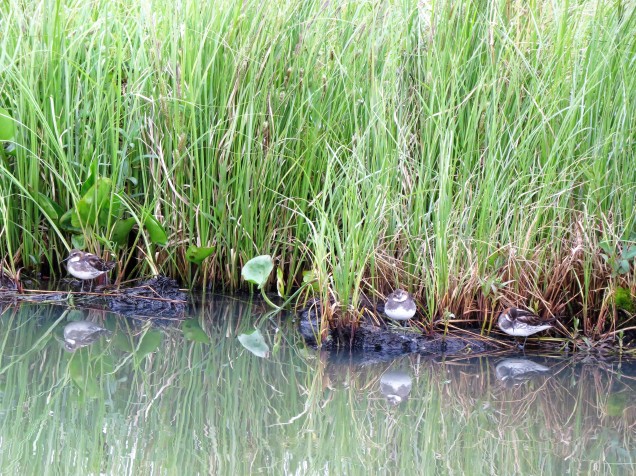 There were of course other adult birds. Shown are an Alder Flycatcher and Lincoln’s Sparrow.

And there were beautiful flowers and greenness everywhere. 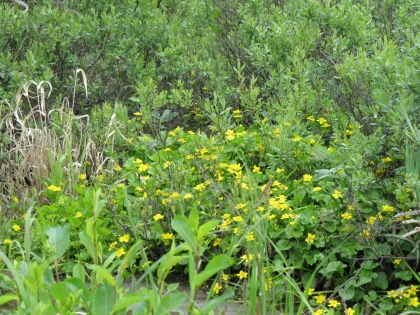 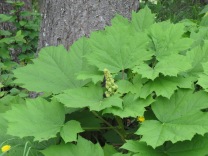 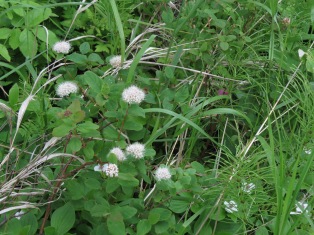 Finally, we still have a couple of Mallards coming to our backyard. As I write this, there is a female there now.

It sure is hard to do anything else but bird!