I visited Cuddy Lake this morning searching for the Emperor Goose that arrived there while I was in Texas. Canada Geese, gulls (Glaucous-winged and hybrid gulls), Greater Yellowlegs, and Ring-necked Ducks (in cattail pond) were there, plus the pussy willows of spring. 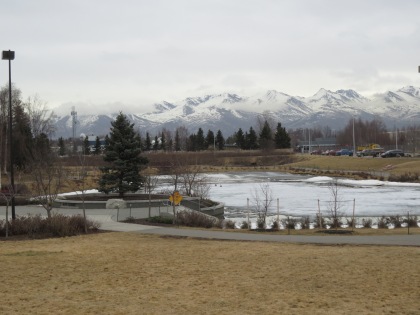 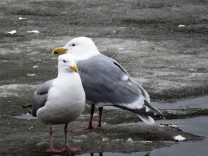 David Sonneborn arrived and told me that yesterday’s eBird post had said the goose was at Tina Lake, where I had never been, so I went there. The Emperor Goose was still there with a few Canada Geese and at least 13 pairs of Mew Gulls.

Although there is still some ice on the local lakes, the birds look like they are about ready for spring, as am I.