The snow has stopped for a couple of days but I understand that there may be more. We’ve probably got a month or more of possible snow days I guess before real spring can arrive. 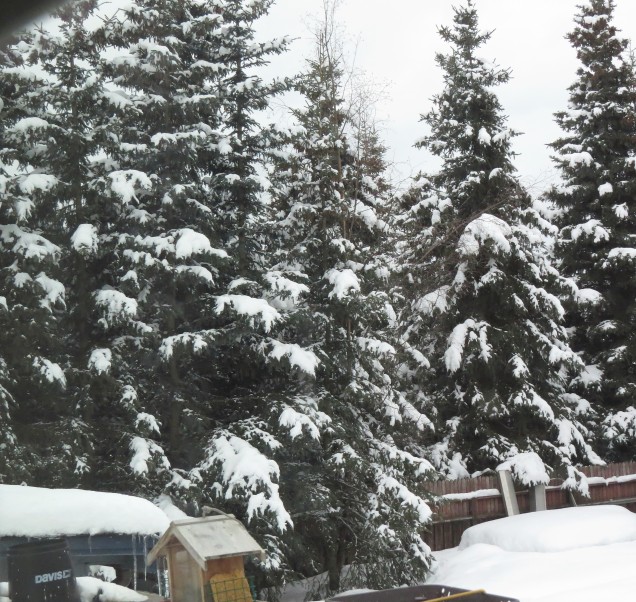 Today there were almost as many redpolls as in recent days, but I decided to try to pay attention to the other regulars for a change. In particular, the Steller’s Jays (at least 3) and Black-billed Magpies (2 or more) were around as usual and I even got pictures of them in which there were no redpolls. The jays split their time between the peanut feeder and the dried mealworms, shown in the photos. 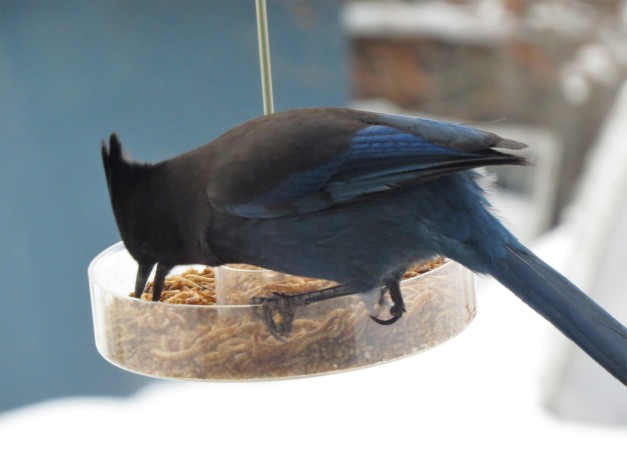 The magpies also love the mealworms but because of their size they cannot easily sit on the feeder. Instead, they fly at the feeder scattering mealworms everywhere and then hop down to the snow beneath the feeder to eat. I would love to get a video of them flying at the feeder but it’s an unpredictable event. 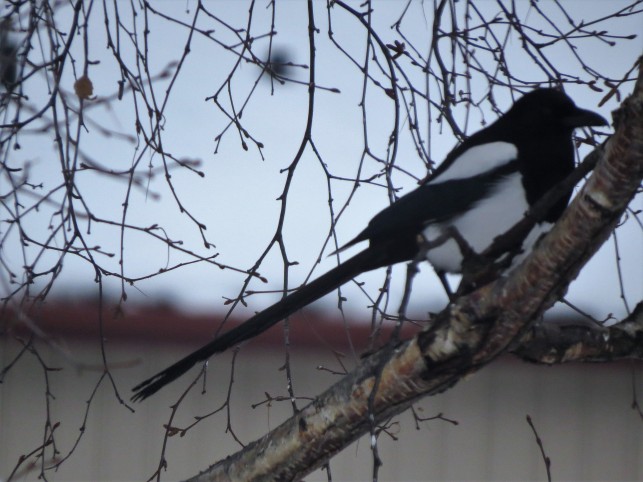 Sometimes I get so caught up in the fun of watching yard birds and other local birds that I almost don’t miss doing a big year!