Up here in Alaska, the Solstice is a particularly important holiday when the all-too-short days no longer are getting shorter, and will slowly begin to increase in length. It made the day seem even more special when the sun and blue sky appeared.

Although it is less taxing to only have a small number of daylight hours in which to bird, it will be great to have more time. Today I limited my birding even more, and just birded our yard. The usual birds were around in modest numbers. I photographed a couple of the Pine Grosbeaks, one of the Black-billed Magpies and two of the 10 or so Common Redpolls that visited the feeders. I did not know  until now that the latter like mealworms as well as seeds. The blueness of some of the photos is how the camera saw it – I have not changed that and all were taken with the same settings. 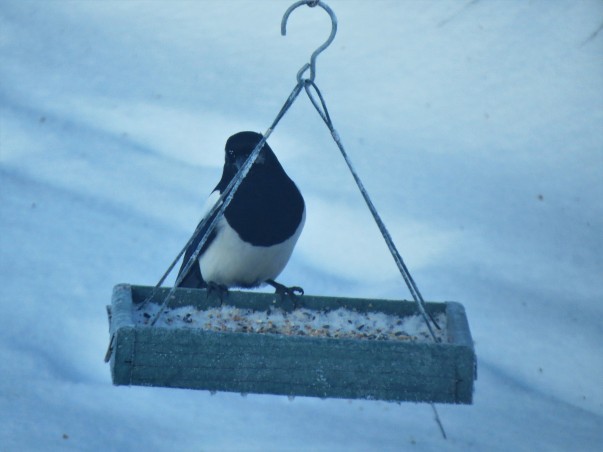 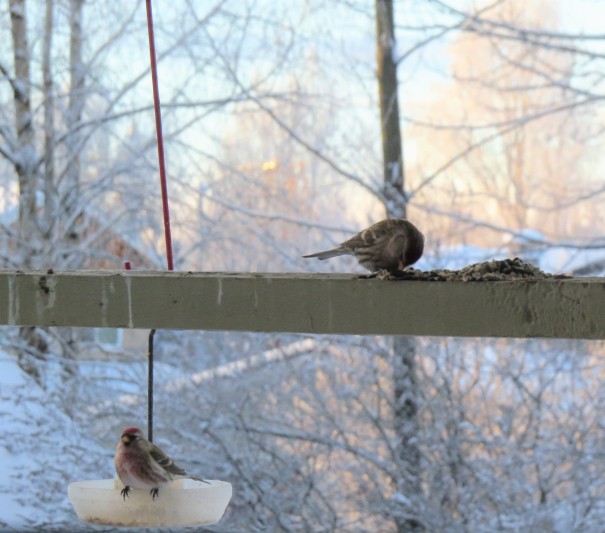