In the early afternoon I went to Spenard Crossing. Although cloudy, the weather was warmer than average for winter (about 37 degrees) and not all of the path was icy.

The creek was flowing along and birds of a couple of species were splashing away in the chilly water. Although it did not bathe when I was watching, a Steller’s Jay came down the water, seeming to consider the possibility. Not so hesitant were the two Black-billed Magpies and one of the two Pine Grosbeaks that were along the water. Most of the other little birds (Boreal and Black-capped Chickadees, Red-breasted Nuthatches, White-winged Crossbills and a single Bohemian Waxwing) stayed up in the tops of the trees. 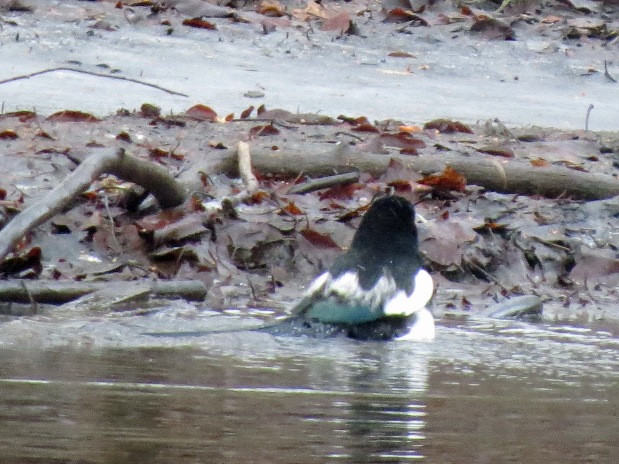 The ducks of course, including the over 80 Mallards, the at least one Gadwall and the Goldeneyes (mostly Common), as well as the couple of gulls that were there (probably Herring-Glaucous-winged hybrids) were already in the water. 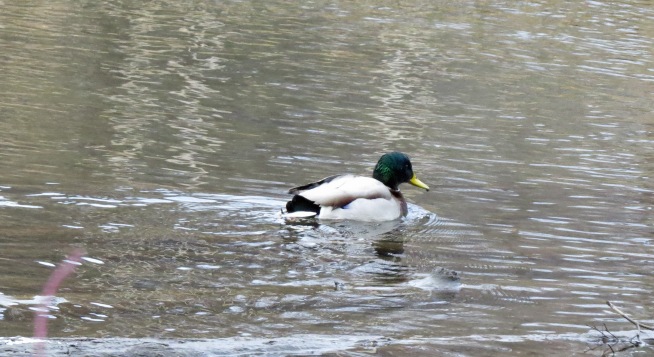 The “Plus” in the title refers to the Pacific Wren that has periodically been reported at Spenard Crossing and which I finally was there to see today. The wren was scolding and creeping along beneath the fallen branches and logs, a typical wren behavior, but unlike wrens usually, this one came out long enough to let me see the whole bird for a couple of seconds (it really is there in the picture below). Still, it blended into the background and was not easily seen most of the time. 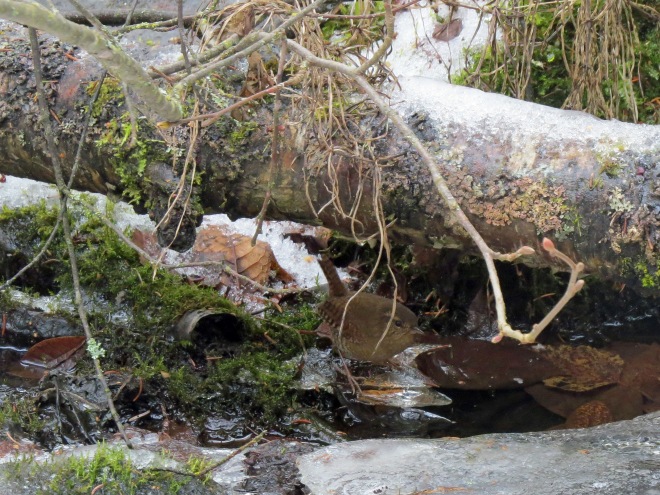