Today’s birding was at Spenard Crossing where many of the smaller trees and bushes still are filled with bright yellow leaves. 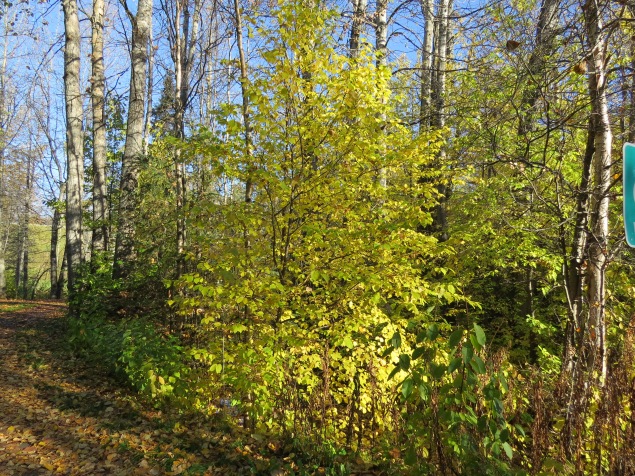 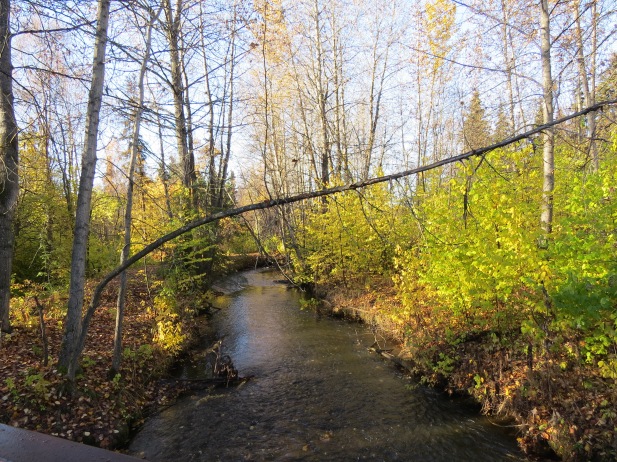 Most of the resident birds (Mallard, Bald Eagle, Downy Woodpecker, Steller’s Jay, Black-billed Magpie, Common Raven, Black-capped and Boreal Chickadees, Red-breasted Nuthatch, Brown Creeper) were well-represented. The Bald Eagle actually posed for its picture but no matter how I tried I could not get a picture of one of the 11 Black-capped Chickadees except for a blurry flight shot. 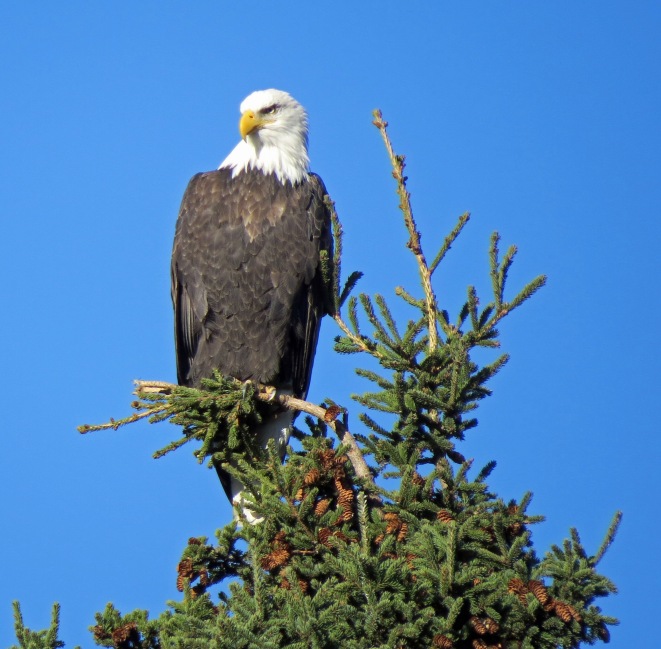 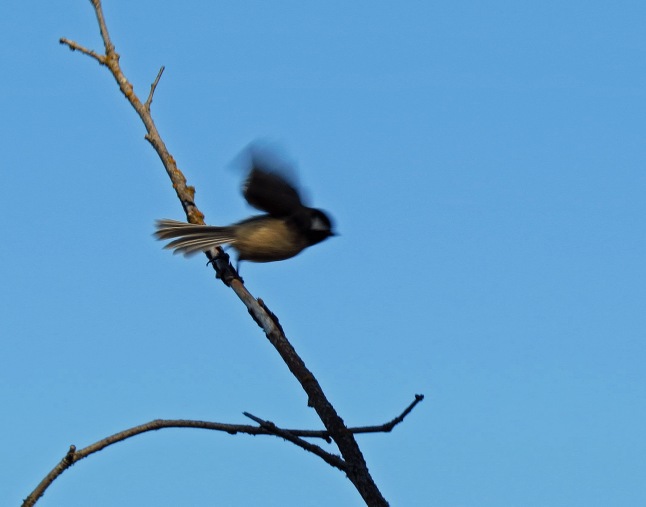 The Mallards were as usual resting on the waterway and on the land at the roadside pullout. 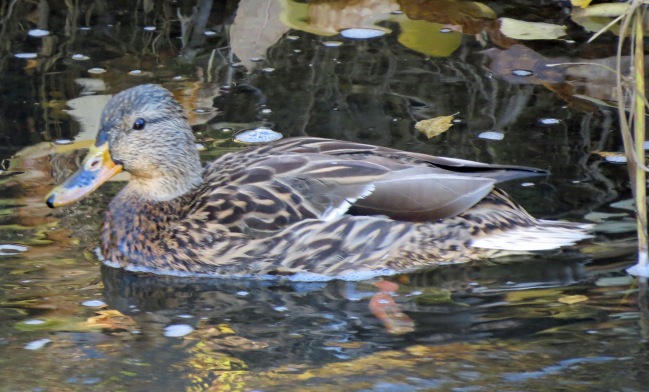 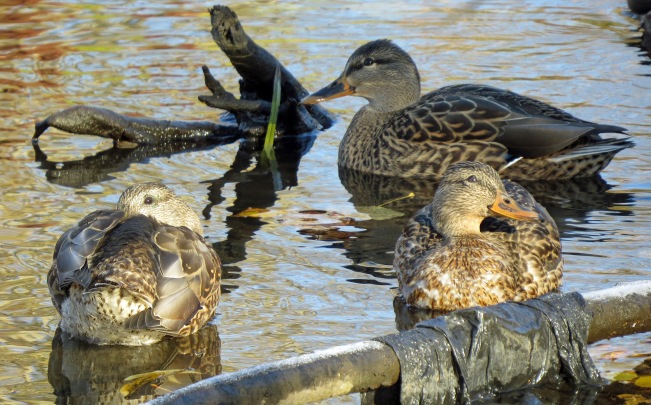 Out on the lake, there was much active feeding with Mallards and Gadwalls spending much time bottoms up. I do like Mallards in spite of or maybe because of their being so common nearly everywhere I have lived. 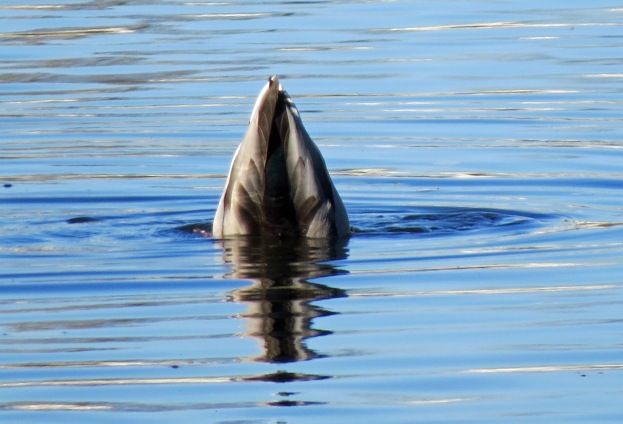 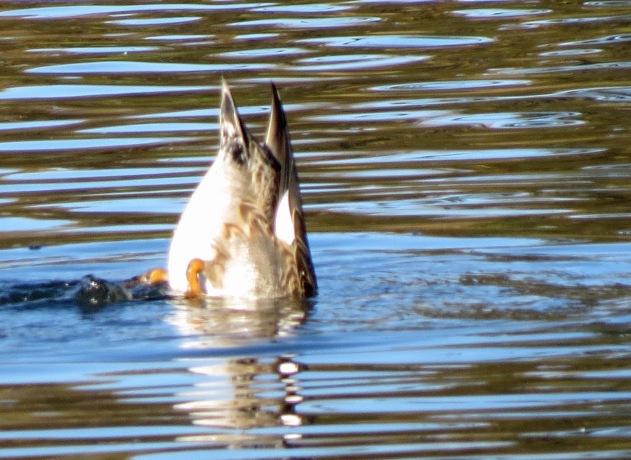 Tomorrow I am looking forward to my flight to Barrow where many gulls should take the place of ducks in my observations for a few days.