I checked out a number of diverse areas around and in Anchorage today, hoping for newly arrived shorebirds and/or passerines. First I walked the Potter Marsh boardwalk and drove the highway along the marsh. Green-winged Teal were lurking everywhere, two Greater Yellowlegs were having a very noisy vigorous battle, at least three Lincoln’s Sparrows were singing near the boardwalk, and there were five Sandhill Cranes out in the marsh grass, periodically calling loudly. Arctic Terns and Mew Gulls were everywhere too. 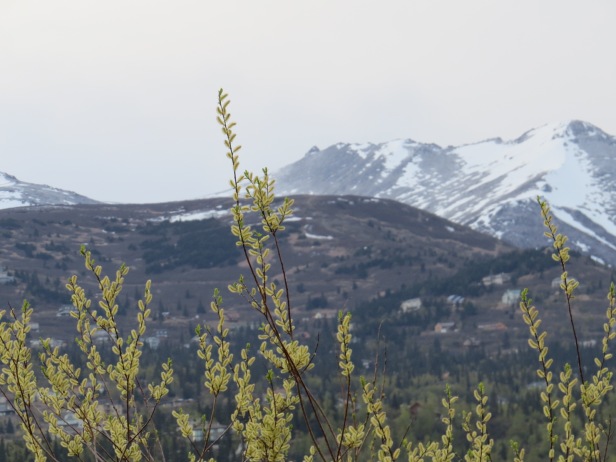 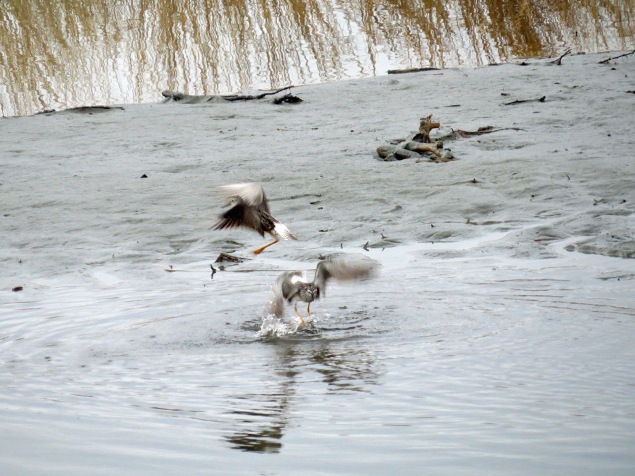 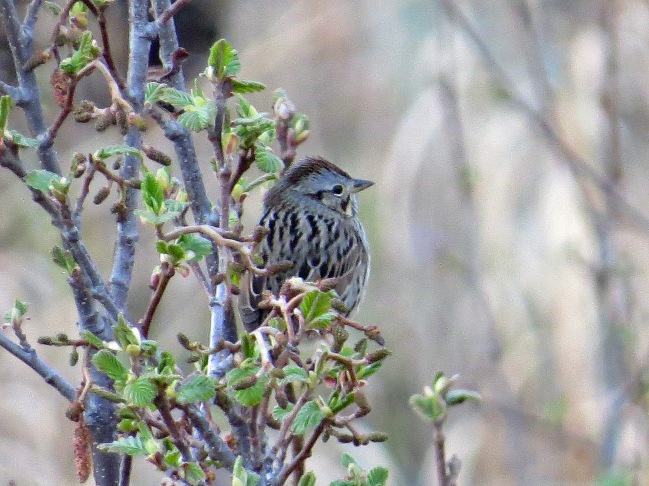 Next I drove south down to Girdwood and then back toward Anchorage, stopping at Bird Creek Campground where Varied Thrushes dominated the sounds and Black-billed Magpies were hopping along the road.

I walked the loop at Campbell Creek Estuary Natural Area, listening to crane music and seeing a couple of them. I heard an Orange-crowned Warbler, a Dark-eyed Junco, a Wilson’s Snipe and a Yellow-rumped Warbler as I walked. Three Gray Jays arrived silently, which was interesting since I had only seen Steller’s Jays there before.

I timed my arrival at Westchester Lagoon to be near high tide late in the morning, hoping the rising water would force in some shorebirds so that they could be better seen. American Wigeons were the most numerous duck in the grassy areas near the coastal trail behind the lagoon. Apparently it was not a very high high tide so the shorebirds that I did see, except for two nearby Greater Yellowlegs, remained far out. They included three other Greater Yellowlegs, two SHORT-BILLED DOWITCHERS (photographs just show grayish-brown blurs against the gray mud) and a HUDSONIAN GODWIT (photograph a little better due to the larger, darker somewhat nearer bird). Mew Gulls, Bonaparte’s Gulls and Arctic Terns were the noisy common birds of the lagoon, and will undoubtedly continue to be so for weeks. 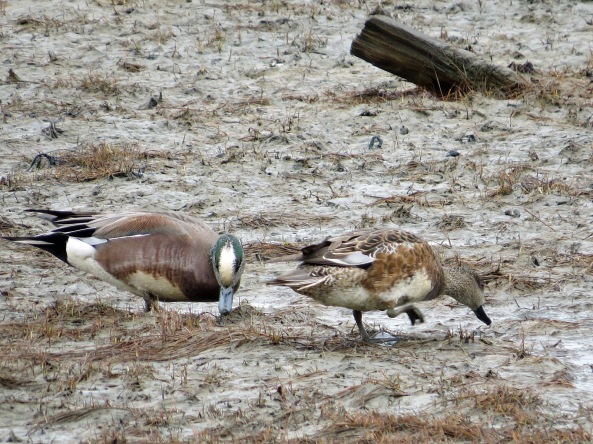 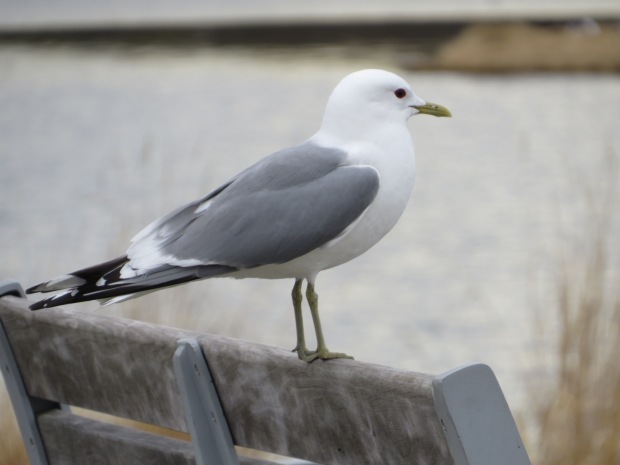 Recently-scheduled non-bird commitments will keep me in Anchorage tomorrow, but then Saturday I begin my week-long trip to southeast Alaska (Juneau, Ketchikan, Gustavus). I am really looking forward to this trip, which has great potential for new year birds, and even some new birds for the state for me.

146 species for the year so far