I know it’s not spring, but it’s wonderful when there are signs that could be (very early) signs of pre-spring. Today there were three birdy signs of spring, in addition to various buds seen on my drive today. 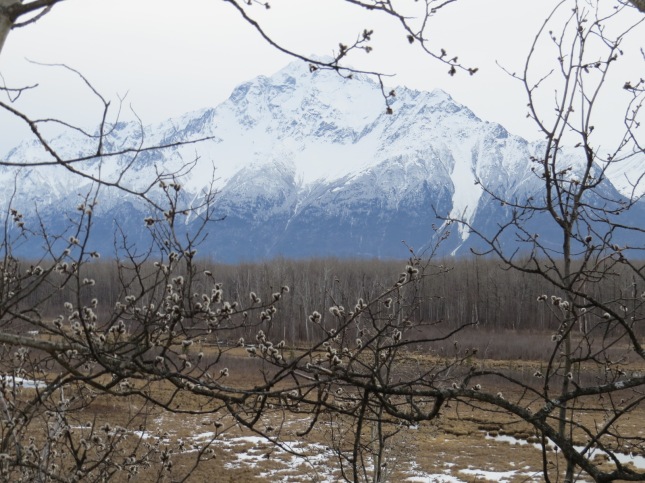 The first one of three signs today came at 3:45 am before my drive when I went outside to let out my dog. A probably quite distant Northern Saw-whet Owl was making persistent little toots. I first heard it/him the night before last, presumably calling for a mate and/or being territorial. Last year we had a calling Northern Saw-whet Owl from late February to early April.

The second sign of spring today came in the Palmer area in the late morning after I had finished a few client matters and driven the 40 miles to the Palmer outskirts. The goal of this second trip to Palmer was to try again to find one of the Ospreys that have been reported. Again I did not succeed, but I did find some interesting areas that I plan to bird more when spring really does arrive. 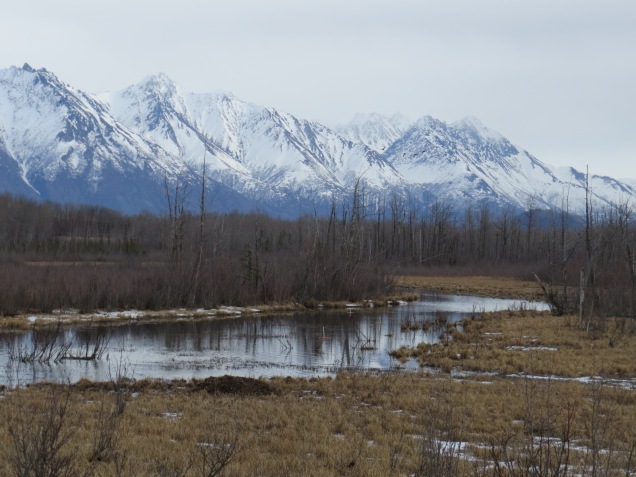 In addition to a couple of Black-capped Chickadees and a small flock of Black-billed Magpies, there was an immature Bald Eagle perched in a large tree very close to the road.

As I was taking the eagle’s picture, I was very surprised to hear the unmistakable “song” of a Red-winged Blackbird, and to see blackbird perched in the same tree as the eagle. For the entire time that I was within earshot of the blackbird, he made the typical sounds that I grew to associate with spring in the marshes of central Wisconsin when I was a child and the blackbirds returned to nest. 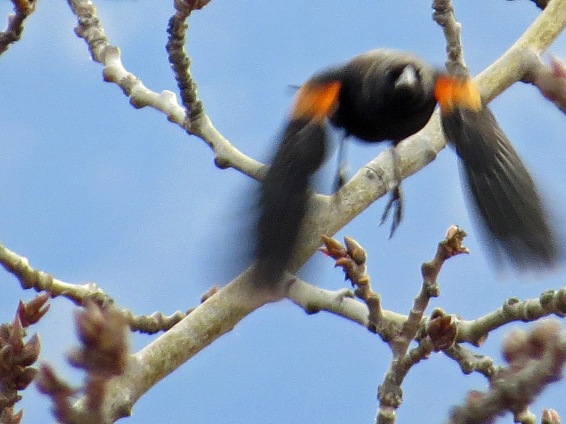 Also on this road in Palmer were four Common Mergansers swimming together in the flowing stream. 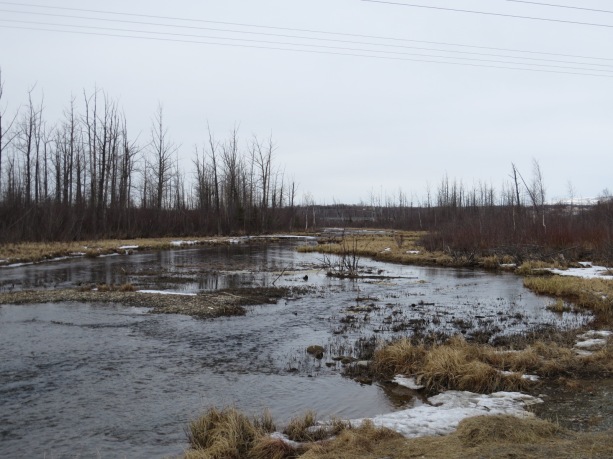 I also drove some of the roads near the Matanuska Lakes State Recreation Area. There were very few birds, but I did hear my third sign of spring for the day there – a continually hooting Great Horned Owl near Canoe Lake.

Although the skies remained gray today, it was a very pleasant day with temperatures in the high 30s, sort of spring-like by Alaskan standards.

118 species so far this year