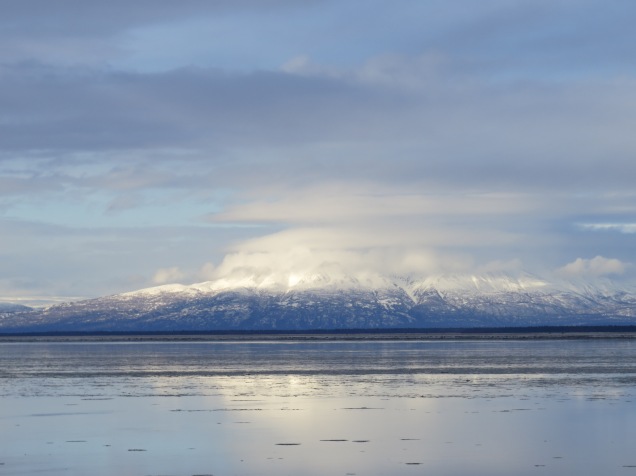 The two areas that I went to today are, as far as I can tell, both part of Point Campbell on the southwest side of Anchorage, but are reached from different roads. I first went to the area past the Anchorage airport at the end of the road that winds around the airport past Point Woronzof. It was my understanding that a Northern Harrier had been seen somewhere out there. After I checked it out, I learned that the harrier had actually been seen farther down the coast. It’s good that I saw the wintering Northern Hawk Owl along the road before I got there, because other than a Common Raven, that was the only bird for that area. 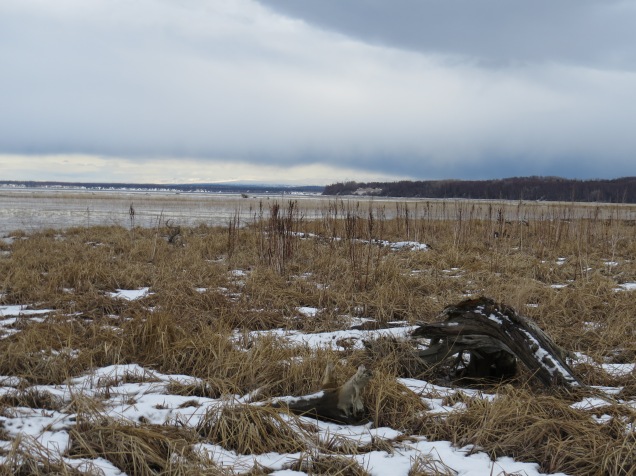 My second walk was at Kincaid Park out the main trail from the chalet toward the coast, a trail that I had not been on before. This was the area that the Northern Harrier had actually been seen. Again, there were no birds seen or heard until my return trip when I spotted a Bald Eagle perched up the hill from me. I plan to go back there to see if I can find the harrier and to see if there are other birds out there during the winter.