I am back in Anchorage but got to spend a nearly clear morning in Barrow after a spectacular sunrise. It has been cloudy since I arrived in Barrow until today so the sun was most welcome. No Ross’s Gulls came by this morning while I was there. For some reason they have only appeared in the afternoons this year, so far. The whale remains were removed by crews this morning from the easily birded site that isn’t very far from town, so that polar bears won’t be attracted so close to town. Therefore, the number of Glaucous Gulls that were visible was substantially reduced from the large numbers that were around since Friday. 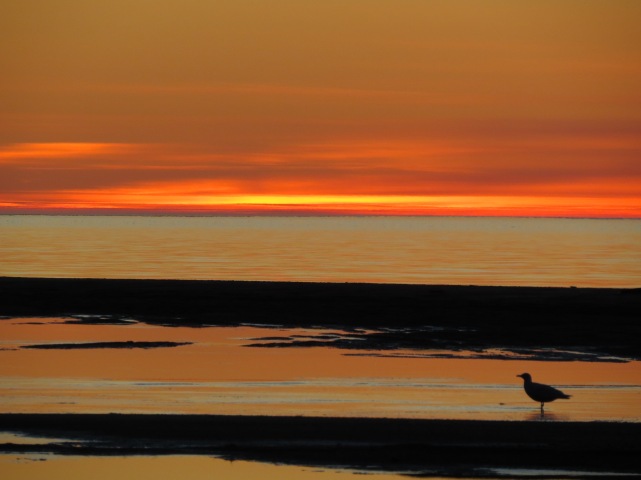 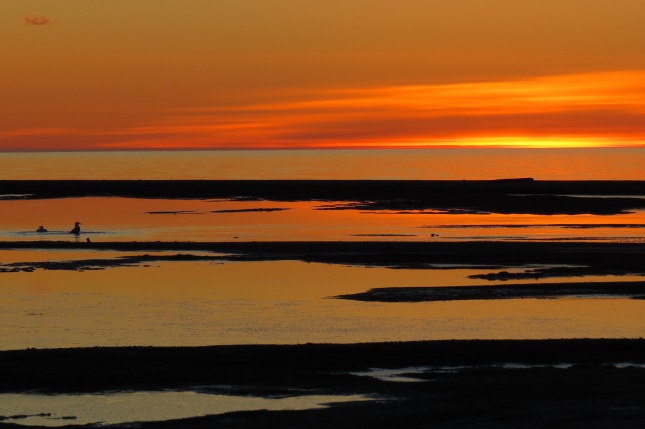 In addition to the smaller numbers of Glaucous Gulls and a few Thayer’s Gulls, a few Long-tailed Ducks were visible along the shore (photo) and others flew by, a distant Yellow-billed Loon flew by and landed far out, and a couple of flocks of King Eiders flew past before I left Barrow.

I was finally able to get a few photos of Barrow since it was not obscured by clouds as I flew out at noon.

I am planning to be back to Barrow in early November in hopes of seeing an Ivory Gull when there should be ice visible and hopefully near shore for the gulls to land on. Between now and then I’ll bird every day of course, and hope to find some rarity, or to have someone else find some rarity that isn’t yet on my Alaska year list that I can see too.

One thought on “October 10 -Beautiful Morning in Barrow”